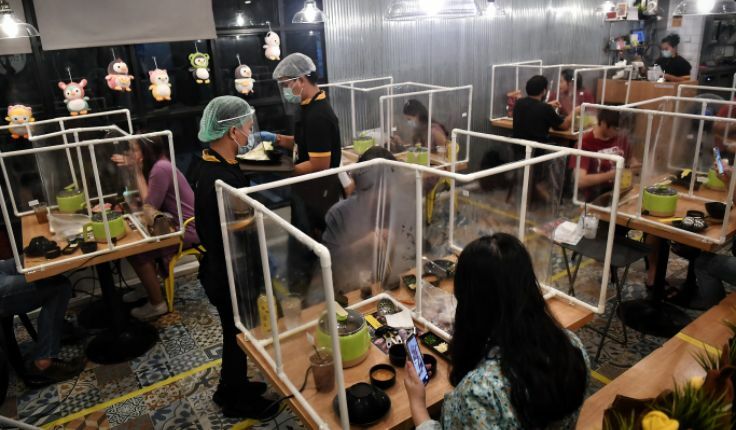 Bangkok officials announced a ban on dine-in services at restaurants after 7pm, but PM Prayut Chan-o-cha quickly changed the order to allow people to eat at the restaurants until 9pm, saying an earlier-hour ban would have a negative impact on the restaurant owners and the economy.

Bangkok Metropolitan Administration had announced this morning that restaurants in the capital would only be able to offer dine-in services from 6am to 7pm. Takeaway orders would be allowed after 7pm and alcohol would be banned during all operating hours. The new measures were supposed to start tomorrow.

Prayut changed the order this afternoon to allow restaurants to offer dine-in services for an additional 2 hours. He did not mention any changes to the BMA’s ban on alcohol.

Bangkok and 27 other provinces are currently classified as the “Red Zone” which is the highest risk of the Covid-19 outbreak. Conditions and measures will vary by province due to the situation of different areas across the country.

The order of a total ban on dining in restaurants has been discussed among all parties concerned in recent days and is eventually announced today.

No illegal gambling dens are in Bangkok, deputy PM claims

Latest details of Covid restrictions and locations in Thailand | VIDEO