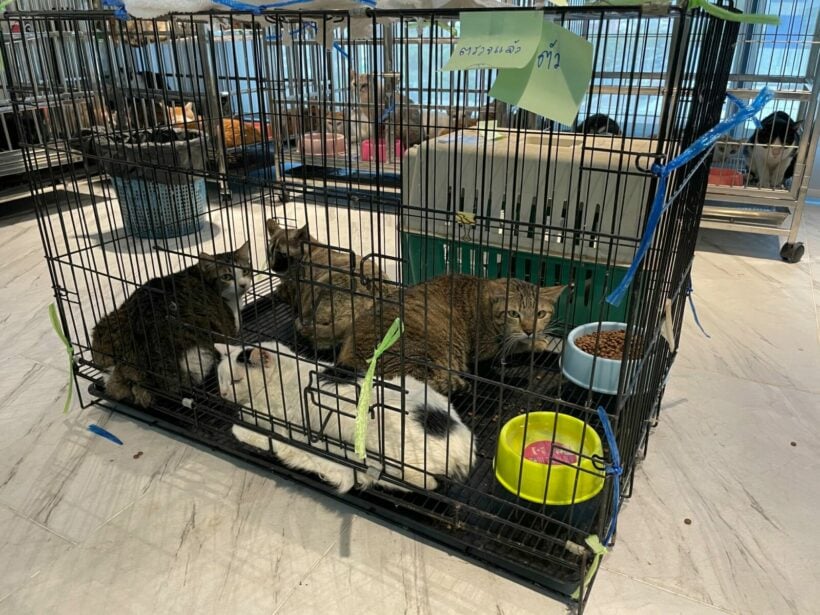 Nearly 300 cats, many in wire cages, were found in 2 recently abandoned home shelters in Bangkok. Some cats were found dead and an animal activist who rescued the cats says the homes were filthy and smelled of cat feces.

The owner of the homes was initially providing shelter for the stray cats, but due to the financial problems brought on by the coronavirus pandemic and the lack of donations, the owner could no longer afford to feed and care for the cats, according to animal activist Warattada Pattarodom. The owner did not come by for a while and a neighbour would sometimes come by to feed the cats.

“The owner did not come to this place for quite a while, many months. So you can say they were abandoned because of her unfortunate circumstance, but they were not abused.”

After being rescued from the homes, the cats were taken to various veterinarian clinics for check ups. One veterinarian said he was sure the cats would recover.

“The cats got stressed because they were in an enclosure for a long time… but after last night they started to snuggle in the cage when people approached.”

The cats will be sent to a shelter in Chiang Mai which is also caring for elephants. Since the pandemic, the Chiang Mai shelter started taking in cats. It now cares for nearly 1,000 cats.