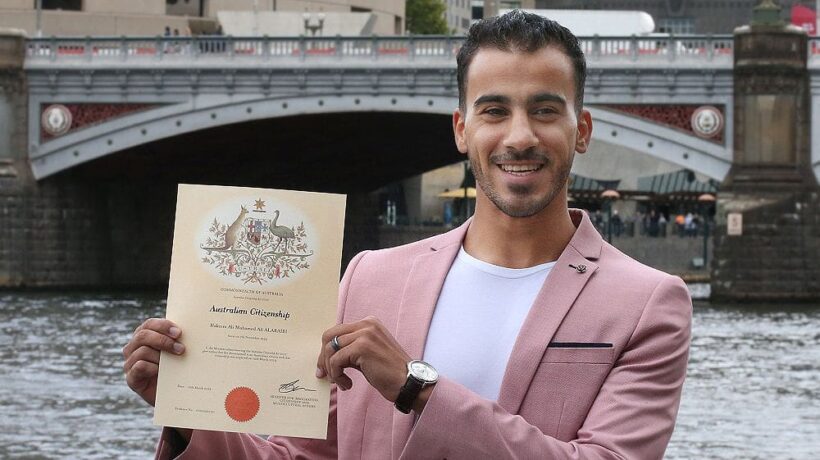 PHOTO: Hakeem al-Araibi says “I’m an Aussie now” and is happy to be safe

Hakeem al-Araibi, the former Bahraini football player and refugee caught up in a diplomatic tug-of-war in Thailand between Australian and Bahraini officials for two and a half months, has become an Australian citizen.

He became an Australian citizen along with 200 other people at a ceremony in Melbourne after passing his citizenship test with a 100% score.

Hakeem spent between November 27, 2018 and February 11, 2019 in detention in Thailand on an extradition request from his home country. The case raised intense international concern and outrage.

The Thai Government, with diplomatic ties to both Bahrain and Australia, was caught in the crossfire.

The 25 year old fled Bahrain and sought asylum, citing political repression, and then lived under refugee status in Australia for more than a year. He was playing professional football for a local Melbourne team, Pascoe Vale FC.

He was then detained in Bangkok in November when arriving at the BKK airport for a holiday.

The Australian office of Interpol had issued a red notice, which it later admitted was a mistake, saying they didn’t know Mr Araibi had refugee status in Australia.

Bahrain wanted him returned to serve a prison sentence for a vandalism conviction he continues to deny. Thailand withdrew the extradition case last month after sustained pressure from the Australian government and international soccer bodies.

A face-to-face meeting between the Crown Prince of Bahrain and the Thai Foreign Minister was a crucial deal-breaker for Hakeem al-Araibi’s release and return to Australia. 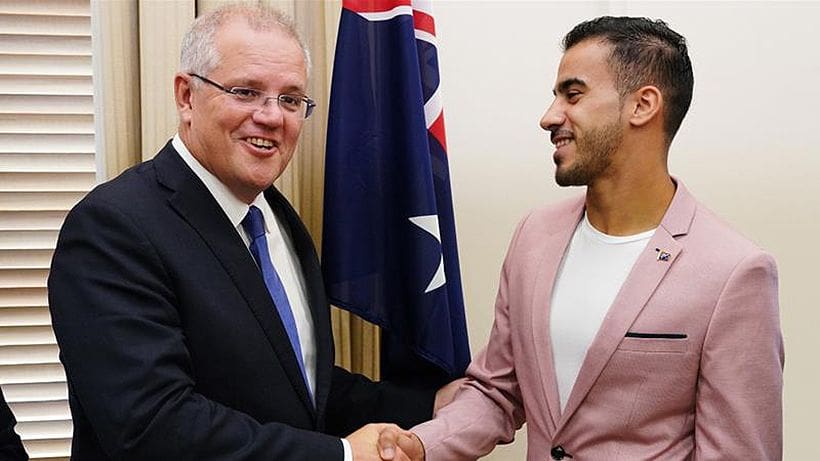 Police wrestler avoids jail but gets a hefty fine