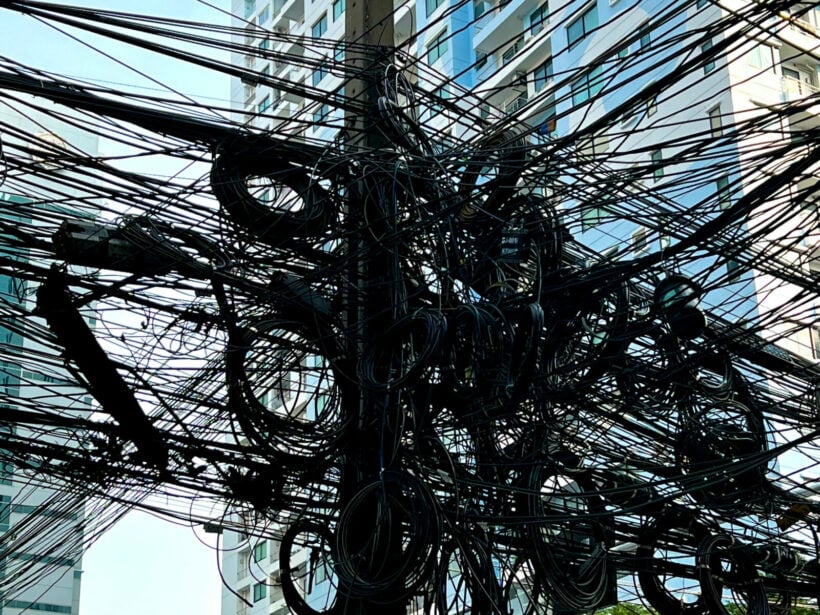 Bangkok’s cables and wires, looped haphazardly above the city’s streets, is known not only to be an eye-sore, but also an electrician’s nightmare. Now, the capital’s officials are planning to get around 1,400 kilometres of electrical cables and communication lines underground within the next three years. Work for the project will start this year.

An international conversation about Bangkok’s tangled wires erupted after actor Russell Crowe visited Thailand to film a movie and posted a photo of the sky and overhead wires with the caption “Bangkok dreaming.” Many commented on the post with photos of wiring bunched, looped, and tangled together. The Metropolitan Electric Authority in Bangkok even released a statement defending itself, saying the cables were not theirs.

HolyCowCm
I just don't see the big deal of why they need to do it. First get rid of street food carts, now get rid of open hanging wires, next...... Bangkok was not meant to look sterile.
thaicm
So 300-400 meters a year? Should only take a couple hundred years to finish the job... Cabra
I've never been a linesman for a Telco or utility, but it's got to be near impossible to untangle the mess I see in Bangkok without a lot of outages along the way. It would also presumably uncover a lot…