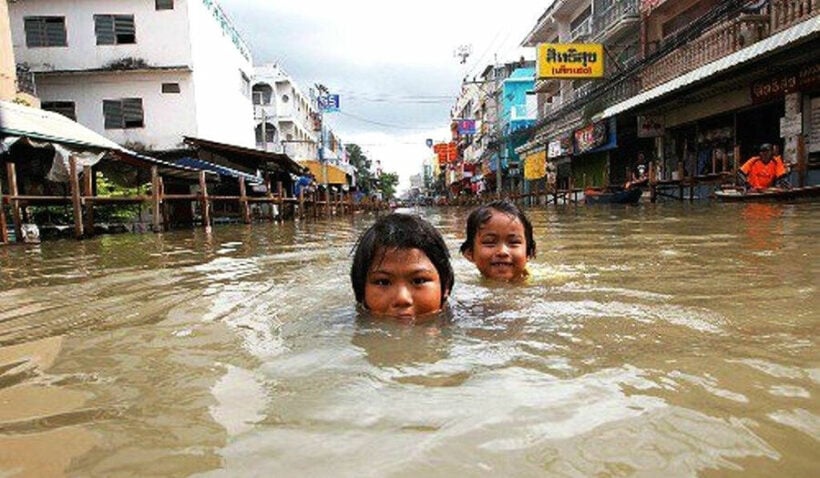 The governor of Bangkok has pledged to end the flooding that plagues the capital each year and says he has the tools to do it. Aswin Kwanmuang says the construction of another 2 underground water tanks, in addition to 2 that have been completed, will be done within the next 2 years, helping to put an end to Bangkok’s ongoing flood issues.

According to a Bangkok Post report, the Bangkok Metropolitan Administration boss says the project, which has been running since 2018, will put an end to flood misery in the capital. With 2 underground retention tanks built, work has now begun on another 2. Together, the 4 tanks will have capacity to hold the runoff from up to 100 millimetres of rain every day. The tanks will help 4 areas of the capital that are particularly prone to flooding, preventing damage to property, alleviating traffic congestion, and protecting the city’s economy.

On Monday, Aswin presided over an opening ceremony for 2 tanks in Rachvipa and Srinagarindra. The Rachvipa tank is located in the Chatuchak district, under a flyover on Ratchadaphisek Road, near Vibhavadi junction. The tank is connected to the main sewage system via a 1.80-metre-wide drainage pipe, which will hold the excess runoff from Ratchadaphisek Road, which will be discharged into the Chao Phraya River.

The Srinagarindra tank, in the Bang Kapi district, has been positioned under the interchange between Srinagarindra and Krung Thep Kritha Roads. The tank will hold excess runoff, which will be emptied into the public canal, preventing flooding in the area from Lam Sali and Krung Thep Kritha Intersections to Klong Kacha canal and other nearby areas.

Guest1
4 minutes ago, Soidog said: If they don’t want to ask Farang then ask the Malaysian That is the thing, no one understands: They did ask the dutch for swampy, the dutch made the drain system there. So there are…

Soidog
1 minute ago, Guest1 said: That is the thing, no one understands: They did ask the dutch for swampy, the dutch made the drain system there. So there are connections, why not use 'em? A big part of Holland is…

Shark
2 minutes ago, Guest1 said: A big part of Holland is under sea level for quiet a bit. And still dry. They just installed a couple.of more pumps, to keep it that way as a dutch I can state you…

Guest1
2 hours ago, Shark said: that's why dutch woman become dikes. Can't confirm that, more the opposite. At least when on holiday But you are a durch, perhaps that is why ...? 🙊

Shark
17 hours ago, Guest1 said: Can't confirm that, more the opposite. At least when on holiday But you are a durch, perhaps that is why ...? 🙊 Fair enough however I for as long as I can remember had a thing…