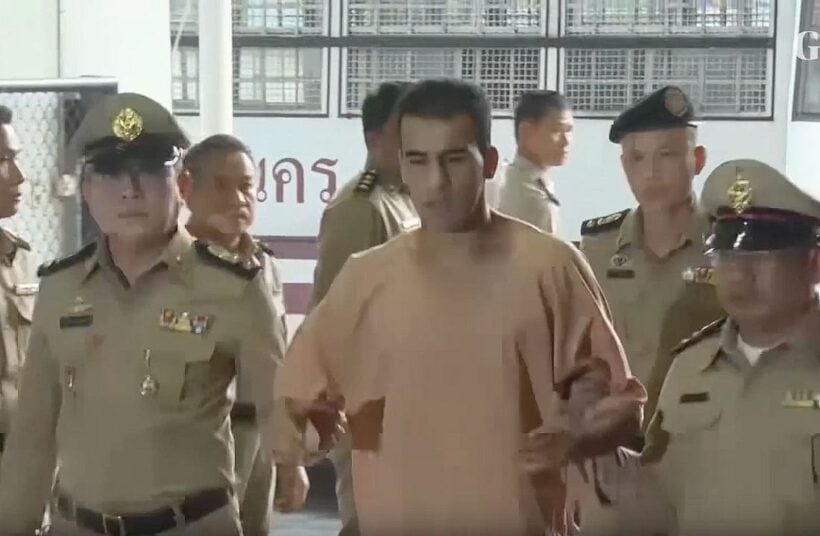 SCREENSHOT from The Guardian video

Australian refugee footballer Hakeem al-Araibi now has 60 days to prepare a defence against the Bahraini government’s attempt to extradite him from Thailand. Bahrain’s extradition request was formally accepted for consideration last Friday.

The 25 year old will have to remain in Thai prison for the two months, on top of the two months he’s already been in detention, after he faced the Thai criminal court today to formally lodge his refusal to be extradited to Bahrain.

Hakeem al-Araibi arrived at the Ratchadaphisek criminal court shackled and barefoot with more than a dozen other prisoners. He was surrounded by guards and escorted by guards on either arm. As he was entering the court he shouted “don’t send me to Bahrain”. 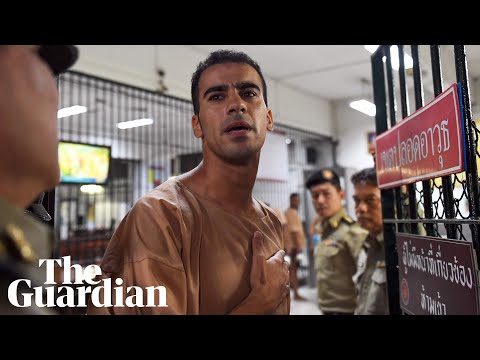 In court Al-Araibi stood as the judge read out the allegations against him from the Bahraini government. He told the court he refused to be extradited from Thailand back to Bahrain.

The deputy Asia director of Human Rights Watch, Phil Robertson, says his lawyers sought a postponement so they could adequately translate documents but prosecutors said they wanted the case to proceed quickly.

The judge has given his lawyers until April 5 to file a written appeal before the next scheduled hearing on April 22.

Al-Araibi is a 25 year old Australian resident who plays football for the Melbourne-based Pascoe Vale football club. He’s also a refugee from Bahrain and has spent almost 70 days detained in Thailand while his country of birth seeks his extradition.

A high-profile and extraordinarily unified international campaign seeks his return to Australia, but Thailand has insisted on sending him through the court system.

Advocates and supporters of Al-Araibi are calling on FIFA and the International Olympic Committee to initiate immediate sanctions on Bahrain and Thailand to pressure the two governments to allowing Al-Araibi to return to Australia where he already has refugee status, a career and his wife.