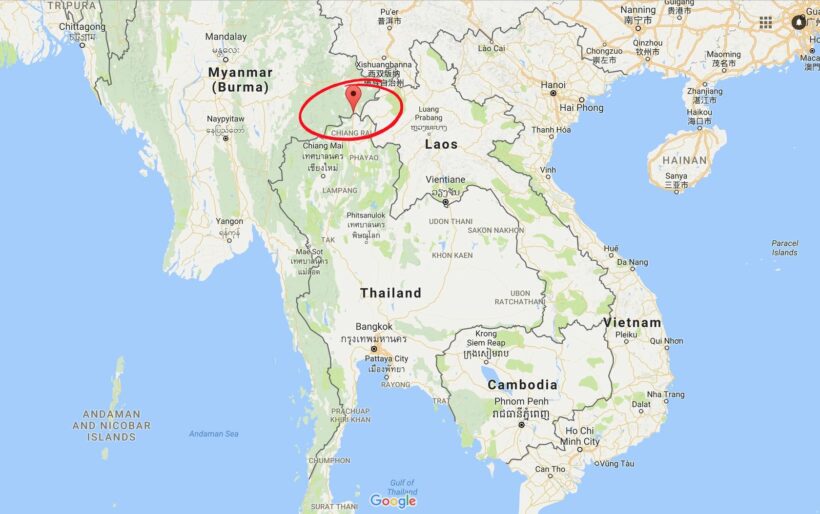 Police have seized a huge haul of 240,000 methamphetamine pills after a hot pursuit of drug smugglers near Chiang Rai yesterday morning.

Acting on a tipoff that a substantial shipment of ya ba was to be smuggled across from Myanmar into Mae Sai, heading south for the capital, police immediately set up road blocks to intervene.

At about 1am yesterday morning (Sunday), a grey Honda sedan with Bangkok license plates drove towards the checkpoint. Police called for the driver to stop but the driver sped past the barrier. The police gave chase in their pickup truck. A bag was thrown out of the smugglers car a few kilometres down the road – it was later found to contain 40,000 methamphetamine pills.

The chase went on for another 15km when the Honda eventually stopped and two men escaped into the forest. A search of the car uncovered another 200,000 methamphetamine pills stuffed into bags.