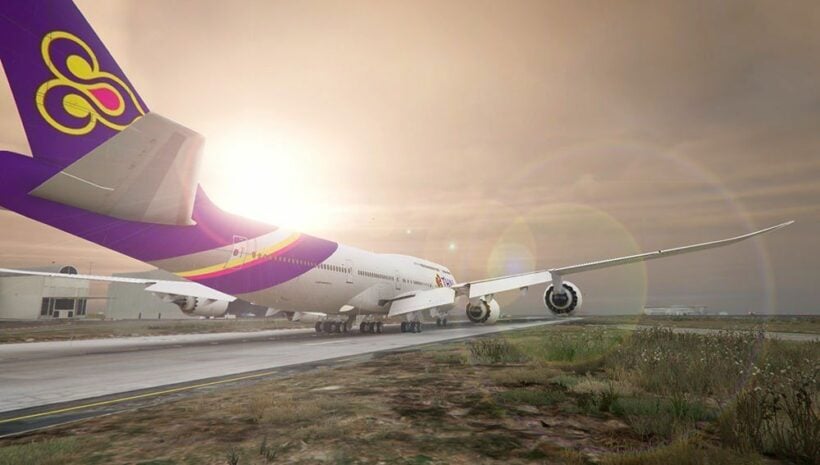 A big decision is on the horizon for Thai Airways, the beleaguered national carrier. Crucial decisions are now being discussed which will define the airlines’ future. The airline was still haemorrhaging cash well before the coronavirus crisis started grounding planes from the start of February this year.

Thai Airways’ fortunes have been in a death spiral for the past decade, culminating in looses over the past three years – 2.11 billion baht in 2017, 1.6 billion baht in 2018 and over 12 billion baht last year. At the moment the Thai government has offered another lifeline but is demanding that crucial structural changes must be made as a condition of pouring more cash and loans into the business.

The airline, still grounded until at least the end of this month, has to try and reinvent itself amid the new Covid travel paradigm, a difficult hill to climb for even the world’s most profitable and cashed-up airlines. The private discussions of the restructuring and government loans has now spilled over into the public domain with the government now needing to tread carefully as it navigates responsible use of public monies and the residual love for the national airline.

The opposition, senior government figures, high profile Thai business people and the public are now questioning the government’s pledge to bail out the struggling airline, again.

Even the PM Prayut Chan-o-cha has acknowledged the politically-charged issue will be difficult to navigate whilst many Thais are struggling to feed themselves and the government is contemplating throwing nearly 60 billion baht at a failed business.

The mounting problems facing the national airline hit the headlines in March when Sumeth Damrongchaitham resigned as company president after reportedly failing to get an earlier rehabilitation plan approved.

Earlier this week, the Public Debt Management Office announced that they would be the department to secure a loan for the airline to use as working capital. But the Thai cabinet is yet to approve the bail out loan. The airline would be the first SET-listed state enterprise where the Finance Ministry becomes the loan guarantor.

Thai Airways is buried under a long list of deeply-entrenched problems that span the past decade, from it’s online platform, ticketing and sales, aircraft choices, and controversies over aircraft and engine procurement. The debacle over the use of Rolls Royce engines for its fleet of Boeing 777s is just one of the stories that have stained the reputation of the airline.

In January 2017 a four year investigation by the UK’s Serious Fraud Office came to light. It determined that aircraft engine-maker Rolls-Royce had paid bribes to “…agents of the Thai state and employees of Thai Airways…” in order to secure orders for the Rolls-Royce T800 engine for its Boeing 777-200s. Rolls-Royce admitted to the charge and agreed to pay penalties. The illegal payments of US$36.38 million took place between 1991 and 2005. Bribes were paid in three tranches…

The government rejected calls for Prime Minister Prayut Chan-o-cha to use his Section 44 powers to cut through red tape in the investigation of the Rolls-Royce bribery scandal. Response from the Thai government’s National Anti-Corruption Commission to information provided by the SFO, is said to be “tepid” and “…could be more embarrassing than the scandal itself.” – Wikipedia

The purchase of 10 gas-guzzling, long-haul Airbus planes between 2002 and 2004, during the Thaksin  administration, were also controversial. The deployment of the aircraft on the non-stop Bangkok-New York route ran up losses of seven billion baht in just three years.

The airline still owns the planes that are unlikely to sell and have been heavily devalued.

The Progressive Movement co-founder (and former PM candidate and leader of the disbanded Future Forward political party) Thanathorn Juangroongruangkit, says the government “would be making a grave mistake if it resorted to using taxpayers’ money to prop up the airline”.

Here are some other key points that Thai Airways , and the government, will need to tackle in the coming months, all whilst trying to get the airline back into the skies.

• Public opposition is mounting to a rescue package for Thai Airways

• Poor performances, financial mismanagement and alleged corruption have weakened trust in what was once the ‘pride of the nation’

• This has raised speculation that it could file for bankruptcy, though PM Prayuth Chan-ocha has said all rescue options are to be considered first

• Critics say the company should not rely on taxpayers’ money to fix problems that allegedly include mismanagement and corruption. The public mindset is that this is not a national carrier, but an organisation that is a burden on taxes

• The airline, which booked losses of 12.04 billion baht in 2019, last week asked the Stock Exchange of Thailand to allow it to delay submission of its January-March financial statements until August

• This is not the first time the company has tried to rehabilitate its business model. In 2015 it attempted a similar process by streamlining operations, routes and its fleet in an effort to offset increasing competition. But the key structural issues – old fleet, hemorrhaging finances, top-heavy management and union problems – were not addressed