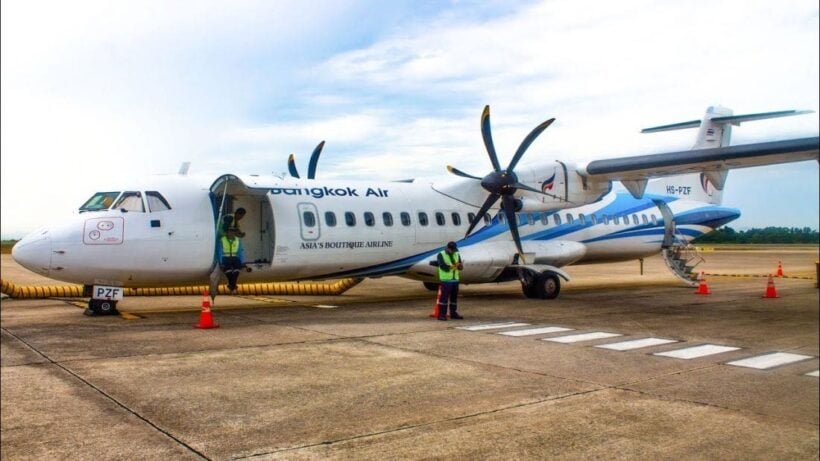 Flights between Phuket and Koh Samui that had originally been cancelled until the end of the month have now resumed nearly a week early as Bangkok Airways relaunched the flight route with limited service. From today, the Phuket Sandbox and Samui Plus schemes will be reconnected as part of the Sandbox 7+7 Extension, allowing people to arrive in Phuket, spend one week there, and then travel on to other select destinations including the island cluster of Koh Samui, Koh Phangan, and Koh Tao.

After all domestic flights were grounded and interprovincial travel was all but banned last month, exceptions were carved out for flights servicing Sandbox travellers. This included flights from Bangkok to Koh Samui and Phuket that connected to international flights with travellers arriving into Thailand, and a hopper flight connecting the Phuket Sandbox programme to the Samui Plus programme.

But after Phuket went into a domestic travel lockdown, the flight between Phuket and Koh Samui, operated exclusively by Bangkok Airways, was suspended from August 3 to August 16. Then the grounding was extended until the end of August.

The governor of Surat Thani had said he was negotiating and urging officials to restart the flights between Samui and Phuket sooner than September and it looked as though Bangkok Airways would restart flights today, and then operate another flight on the 27th and again on the 3oth.

Now Bangkok Airways has run their first flight from Koh Samui to Phuket, landing just a few minutes ago. It will quickly pick up passengers in Phuket and fly back to Samui at 1 pm. The route is being serviced by ATR72-600 planes, with a maximum capacity of 70 passengers.

The flights are now scheduled to travel Mondays, Wednesdays, and Fridays, departing Koh Samui at 11:25 am and arriving 1 hour later in Phuket at 12:25 pm. After an unusually short 35 minute turnaround time, it will depart Phuket at 1 pm and arrive back in Samui at 2 pm.

Travellers will be required to have proof of vaccination, required in both Phuket and Samui now, along with negative Covid-19 RT-PCR test results issued within 72 hours of boarding flights. And once on the ground, all travellers must follow the strict Covid-19 guidelines and requirements now in place in both Phuket and the Samui islands.

Paco
I can not imagine  they make money on who is traveling, I think only cost them money
vlad
I wonder how much a return ticket is with Bangkok Airways to Samui. I flew once with them and it was a hell of a price to fly in a Skip no room, no free catering Nowt. i think they gave…