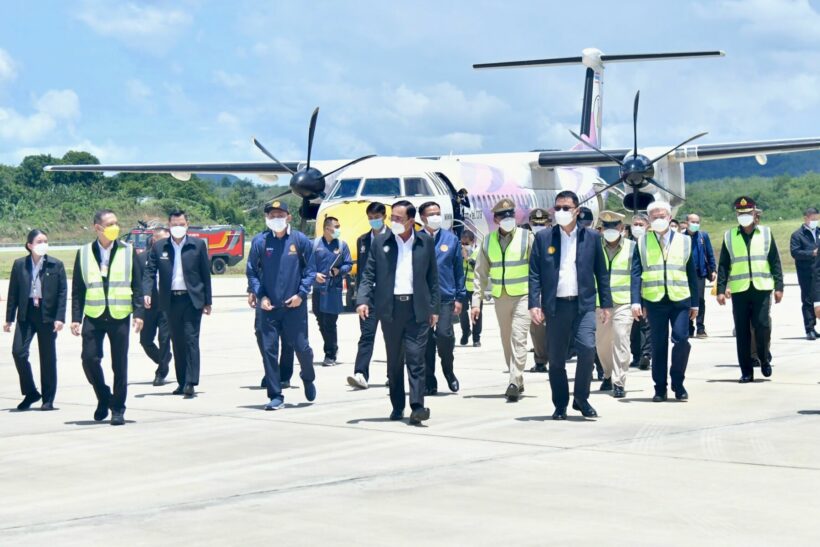 Yala’s new Betong International Airport is open for business, but you might be hard-pressed to book a flight there. Nok Air has suspended its route from Bangkok to Betong, saying it needs an additional two to three months to promote the airport among domestic and foreign tourists before it can reopen the route.

Last week, Nok Air cancelled its flights to the new airport due to a lack of passengers. The decision came just two days after its inaugural flight from Don Mueang to Betong on March 14, with PM Prayut Chan-o-cha and other government officials on board.

After Prayut officially opened the airport for commercial business, Nok Air is having second thoughts. Despite an optimistic grand opening, Nok Air’s Chief Commercial Officer Teerapol Chotichanapibal said the drop in sales is why the airline had to cancel its Mueang-Betong flights last Wednesday and suspend the route indefinitely.

“We urge the government to guarantee 75% of revenue for the first six months, so the airline does not suffer too much of a loss.”

Unfortunately, last week’s bookings were far fewer than the airline had expected. despite receiving positive feedback from agents and customers about the new route. However, the drop in bookings reflects a drop in consumer confidence, which may have been impacted by the daily sure in Covid-19 infections in Thailand.

Nok Air had originally planned to fly from Bangkok’s Don Mueang Airport thrice a week on Mondays, Wednesdays and Fridays, using its fleet of Bombardier Dash 8-Q400 aircraft. The small commercial jet has a capacity of 86 passengers.

Chotichanapibal said the airline needs the next two or three months to promote Betong as a new tourist destination. He said the airline will offer flights for as little as 3,500 baht in hopes of attracting 5% of the local tourist market. After the border Thailand-Malaysia border reopens on April 1, the airline hopes to attract Malaysian tourists as well.

To move the process forward, the Betong Tourism Business Association will meet Nok Air and tourism agencies today to discuss pricing and marketing strategies, according to vice president Narin Ruengwongsa.

“The tourism sector in Betong expects Nok Air to start Don Mueang-Betong flights from April 1 in line with Malaysia’s border reopening plans and the Qingming festival.”

He expects Betong to experience a flood of travellers from Malaysia and Singapore once the border reopens, noting that more than 600,000 Malaysian and Singaporean tourists had visited Yala in 2019 before the Covid-19 pandemic began.

Ramanathan.P
May be Nok Air has to reduce the price. Currently it is 3200THB one way from BKK to Betong, which is almost 200% when compared with other budget airlines from BKK to KL...
alex12345
yeah half the price at least. . ive never heard of this -place, but i wouldnt go at that price... . remember we are aren't going alone, what if your a family .. thats crazy price. Advertising won't work nok…

Guest1
9 minutes ago, alex12345 said: ive never heard of this -place, but i wouldnt go at that price... My guess, before covid they expected visa runners and that people wanna see the skywalk
Cathat
Probably a fair bit cheaper to fly to hat yai and then take the a train if you have the time available.