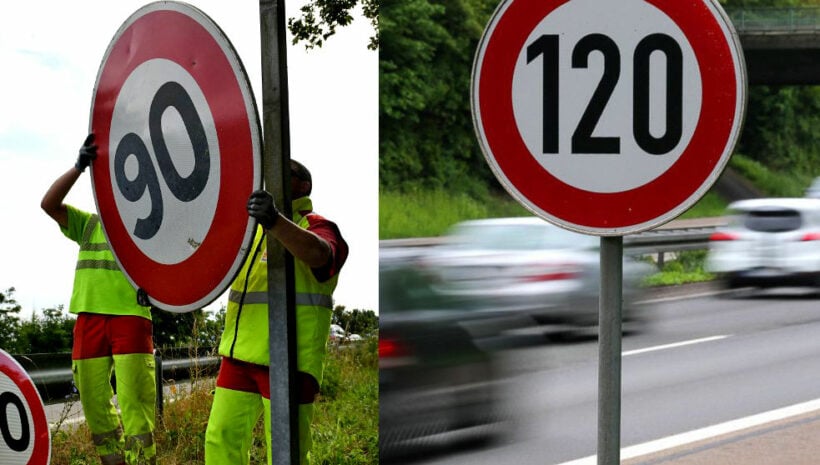 Motorists using the right lane of any Thai highway or motorway, with more than four lanes of traffic, and drive slower than 90 kilometres per hour, will face charges in the future. A proposal to raise the speed limit to 120 kilometres per hour is also being considered. The new regulations are expected to be ready by next month.

The new ministerial regulation is being hammered out by the Transport Ministry. The rollout could take a few months to fully implement.

Saksayam Chidchob, the Thai Transport Minister, says that the idea of setting a minimum speed for driving in the right lane is being considered in consultation with senior traffic police.

The new minimum speed is being considered alongside an increase to the upper speed limit on highways to 120 kilometres per hour.

The minister says the regulations on maximum and minimum driving speeds is intended to “ensure better safety and to reduce traffic congestion”, according to Thai PBS World.

The Highways Department stresses the need for setting different speed limits for different traffic lanes which, it believes, will “help reduce lane changing and accidents caused by sudden lane changes”.

He produced statistics indicating the incidents caused by sudden lane changes on Thai roads accounts for 30% of road incidents… around 5,000 annually.