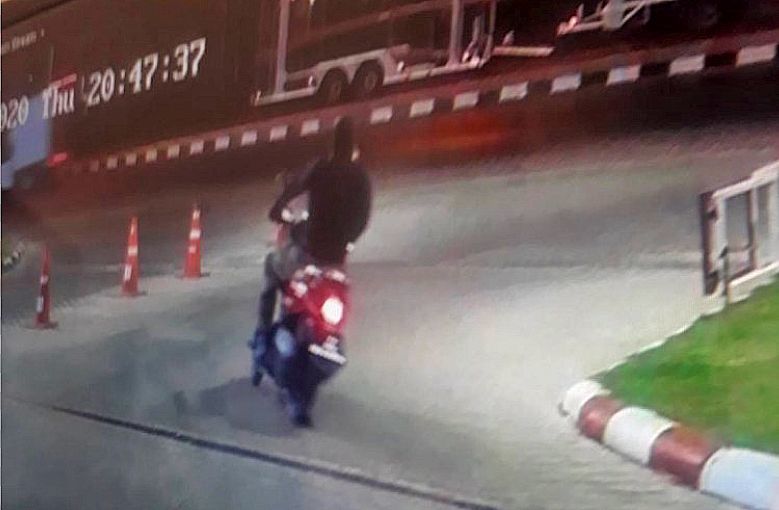 The armed gunman who shot and killed three people, injuring another four during an apparent gold shop robbery in Lop Buri last week, could have fled to Chon Buri. Police are raising the possibility after the Thai army chief Apirat Kongsompong met with the heads of Provincial Police Regions 1 (Bangkok) and 2 (Chon Buri) in Bangkok yesterday.

Some media and social media posts have speculated that the gunman could be a trained military officer due to his wardrobe, efficiency, demeanour and aim during the incident. He acted alone during the robbery.

The Lop Buri police chief, Pol Maj Gen Natthaphon Supharason, directly in control of the investigation into the identity and location of the gunman, says his team is “working around the clock”. He admitted that, at this stage, they were unable to ascertain whether the perpetrator was still in Lop Buri province or had fled the area.

“We’ve made some progress, but it will take time to obtain further clues.”

He is also asking the public who may have been driving around the Lop Buri area on the day of the incident to check their dashcam cameras which could have caught sight of the suspect. The man fled on a white and red Yamaha Fino motorcycle, hardly a high speed getaway vehicle.

Police have confirmed that the gunman fired a total of 13 shots, killed three people and injured four others. A two year old, walking with his mother past the shop at the time of the incident, was shot in the head and died later in hospital. The gold the killer was able to escape with has a value of between 500,000 – 600,000 baht.