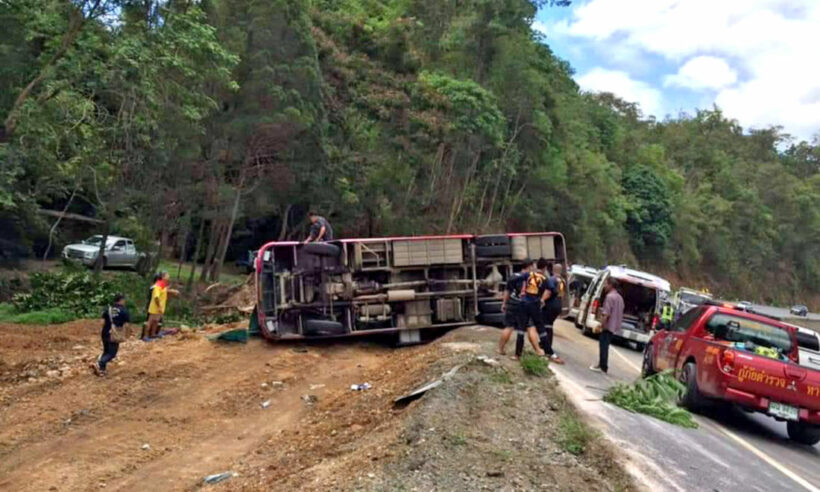 Fourteen people have been injured after a Chinese tour bus overturned at the notorious ‘Curve of a Hundred Corpses’ near Chiang Mai yesterday. All were taken to Doi Saket Hospital.

Three passengers were seriously injured in the incident that happened around 3.30pm.

The incident happened on the Chiang Mai-Chiang Rai road in Doi Saket district, according to the chief of Doi Saket police.

Emergency responders arrived to find the Hana Tour bus overturned by the roadside on the dangerous curve. Passengers were already trying to get out of the overturned bus when rescuers arrived on the scene.

Out of the 14 people injured, 12 were Chinese tourists, plus the Thai driver and a Thai bus crew. Three were badly injured.

The 45 year old bus driver Thanong Tippor, was driving from Chiang Mai to Chiang Rai but was unable to make the sharp curve, hitting a concrete road marker before flipping onto its side, according to Doi Saket police.