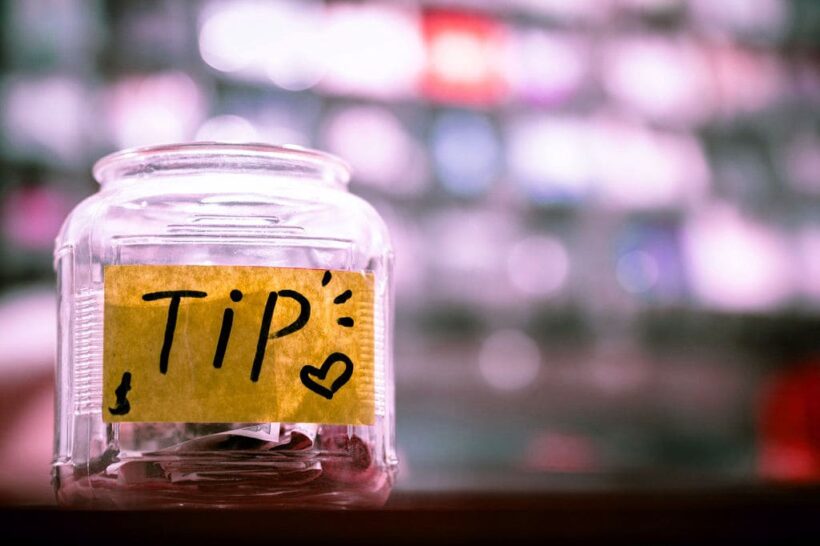 How much is appropriate in Thailand or should you tip at all?

There is no rule of thumb although tipping is not common amongst Thais whilst it remains reasonably common with some westerners, but certainly not all. Americans almost tip by habit.

Tipping in Thailand is not mandatory but will always be welcomed with a ‘wai’ and a smile.

Our ‘recommendations’ are by no means the rule. And your discretion should be advised at all times when you have your wallets out and talking about money in Thailand.

If you allow 10% of the bill as a tip for a ‘good’ or better restaurant, that would be considered a generous and well-appreciated tip. Or just rounding up the bill to the nearest hundred baht will be appreciated as well. At a ‘fancy’ restaurant with snooty waiters and a really nice view you better use the 10% rule to avoid any ‘glances’ when you leave.

Check the bill to see if there’s a ‘service charge’. If so then you can dispense with the tip – the ‘service charge’ is meant to be dispersed amongst the staff. But a personal tip to a very special staff member would be nice in these cases – 50 to 100 baht would be suitable.

But unlike many US restaurants, you will get out of the restaurant alive if you don’t tip. Remember, it’s a voluntary gesture. If in doubt just have a quiet word with the Manager who will usually be frank with you about what may be appropriate at their venue. 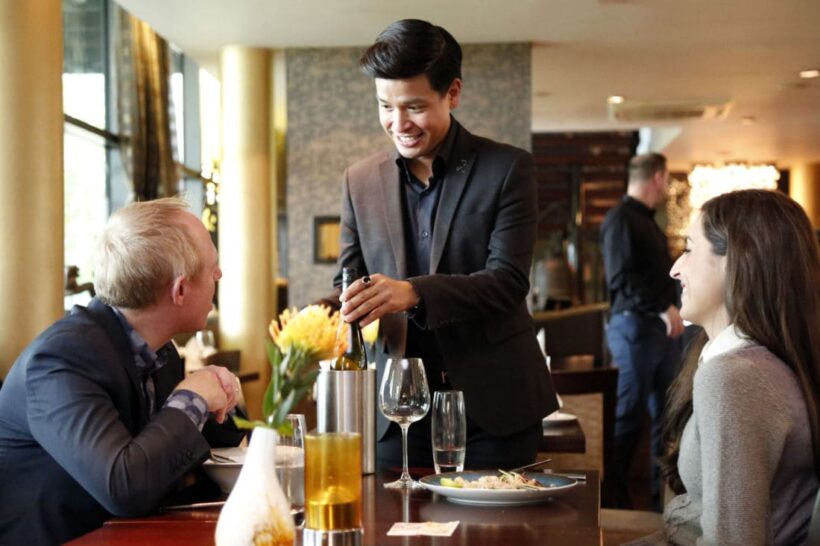 If you feel inclined to tip when eating street food then you are more than likely going to confuse the vendor. Most street food is clearly priced, or at least when you ask the price, there is one price. That’s what you’d be expected to pay and you’ll receive the correct change. At the same time you’re not expected to bargain or haggle the food prices.

If you’re in a franchise like McDonalds, Starbucks, KFC, Svensons, Tom Tom’s, etc there’s no need to tip. Quite a few different situations here. If you’re going up to order from the bar in a ‘nice’ venue then there would be no expectation for you to tip (if you’re in any of the tourist zones you’ll already be paying a heavily marked up price).

But if it’s a beach bar and the waiters have been serving you drinks all day whilst you’ve been contemplating nothing-in-particular, then rounding up your bill or leaving 100 baht when you leave would be appropriate.

And if you’ve been chatting to the bar attendant all afternoon, a tip of 50-100 baht would almost be expected, but not mandatory.

As with restaurants, if there’s a ‘service charge’ on your bill then consider that your tip has already been paid, although a smaller tip for a particularly attentive waiter would be a nice gesture.

Speaking of bars, if you end up at one of the venues with lots of smiling, scantily-dressed ‘bar girls’ (or bar boys) gesturing you to have a drink with them, then it’s a different situation altogether. For these ‘Girlie Bars’ (or boy bars), they are on a commission. So, apart from your over-priced drink, you’ll also be buying them a drink (which they also receive commission on). In return you’ll get their T’inglish smalltalk and company and a good time is had by all. No tips in this situation.

If you’re one of 30 people on a crowded bus or boat, on a fixed price tour, then never feel obliged to tip. If you’ve booked a tour guide for your personal use for a few hours or the day, then we would recommend a tip around 10% of the agreed tour guide hire. For a half day tour, maybe 100-150 baht or double that for a full day tour.

If you have been on an organised tour but the tour guide has been uniquely amazing, you took up a lot of their time with questions or just went above and beyond their work requirements, then a tip given straight to them would be greatly appreciated. 50 to 100 baht.

There are two ways to take a taxi in Thailand. Either negotiate a price before you get in or check that they have a working taxi meter. There’s plenty of wriggle room in between these two solutions where you can get caught out. Firstly you should have a ‘rough’ idea of what the fare is going to be before you even think of taking a taxi. Check with your hotel concierge or ask a friend before you take your journey.

With the metred taxis there are a few, not many, taxi drivers that turbo-charge their meters so they run a lot faster than the permitted rate. If you think you’ve been ripped off take a photo of their taxi ID and threaten (nicely) to contact the Tourist Police (1155).

If you’ve taken a taxi ride, metered or negotiated, and all went well and the taxi was clean, etc, then feel free to round up your bill. The worst problem you’ll have with taxis, especially in Bangkok, is that you’ll often be turned down if you’re not heading where THEY want to go. There are big fines for taxi drivers who refuse your fare but the situation is not heavily enforced.

Uber and Grab, but most likely GrabCar which is increasingly popular in Thailand and likely to be fully legalised in 2019. In the case of GrabCar, for example, the App does it all from the booking, calculation of the fare, a pic of the driver, the registration of their car, a map showing the car approaching and an estimated time of arrival – it’s certainly the future.

There’s also a TripAdvisor-style appraisal system so you can read reviews and rate your driver. In the case of a Grab fare, you know the fee before you get in. Rounding up the bill at the end would be appreciated but it’s not necessary.

You will find the Grab fares competitive, usually less, than the government-endorsed taxis floating around the streets so feel free to offer a little something at the end.

No meters here. You’re in a public transport ‘twilight zone’ here and anything can happen. Good news is it usually ends well. BUT, if there are any problems you should call the Tourist Police immediately (1155).

Always negotiate the price before hiring a tuk-tuk or Red Bus (Chiang Mai). Tuk Tuks in Bangkok are the three wheel jalopies that are ubiquitous in the capital and have been for decades. It’s estimated that there are around 9,000 of these hideous, noisy modes of transport. All that said they remain a favourite for tourists and are something you MUST DO at least once in your life.

In Phuket the tuk tuks are mostly red, although you’ll see them in other bright primary colours. The Phuket tuk tuks are a blockchain – a closed system with a local ‘mafia’ keeping control of the pricing and oppressing the entry of any competitive public transport into the island. Just google ‘tuk tuk Phuket’ and read the endless stories about the island’s infamous tuk tuks.

Negotiate the fee before you get in. It will be higher than a conventional taxi ride. Haggle or bargain the price as hard as you like, with a big smile on your face. Once settled then don’t even think about trying to bargain at the end of the journey. 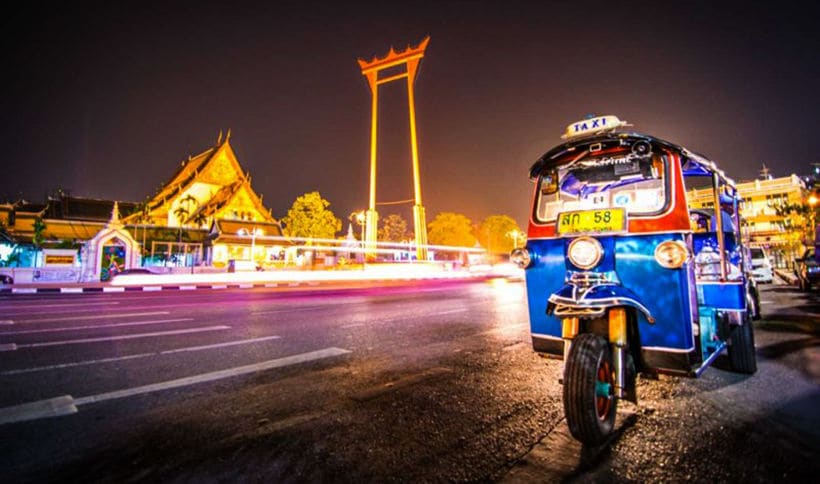 Traditional Thai massage is unique, an art, easily found and usually very good. After all that diving, bargaining, swimming, shopping and checking to avoid pot holes in the middle of the road, you’re going to need a massage. Most of the better massages won’t be found in the middle of the busy streets of a tourist trap like Pattaya’s Walking Street, Bangla Road in Phuket or around Patpong in Bangkok. Indeed some of the services you may be offered, including the often-mentioned ‘happy ending’, are not really ‘traditional’ Thai massage.

Ask your hotel concierge for a recommendation, check with TripAdvisor or ask a local. If you’re walking along a busy tourist street you will hear MASSAGE!? shouted at you as you make your way past their shops, usually with a rate card handy and usually in matching team outfits. These might be ok for a quick foot or shoulder massage.

For a good or even great Thai massage you need to find a spa with trained masseuse and masseurs. Most hotels will have their in-house spas, and most of these will be very good.

Anyway, back to the tip, a 50 to 100 baht would be an appropriate tip directly to your masseur. It would be customary to tip your masseur in most situations.

Tattoos are a very popular ‘thing’ for many visitors in Thailand. And the tattoo shops are very good with some of the world’s best exponents of the art working in the Land of Smiles. There are also traditional local tattoo artists that are highly sought after. We would recommend a 10% tip to your tattoo artist.

Much the same goes when you visit the hairdresser in Thailand. We would recommend you make the tip directly to your hairdresser, if you’re happy with their work. For the cheaper ‘barbers’ with their less-fancy premises a 20 baht tip would be appreciated. 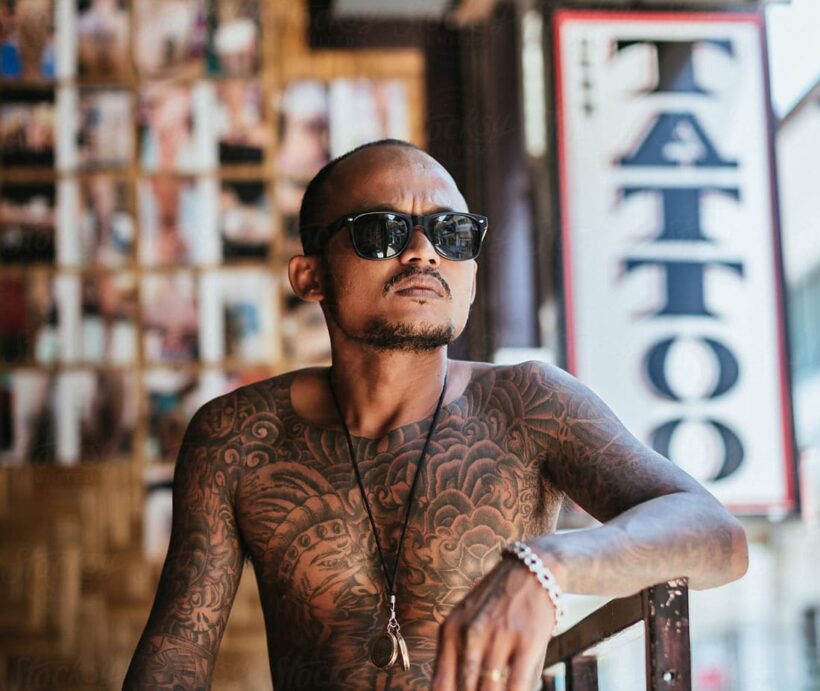 Not every venue will have bathroom attendants but most shopping centres will, larger office blocks and restaurant and bar venues at night. Some of these may have a fixed price-to-pee. Other won’t but you’ll see the attendants lurking around keeping the bathrooms and toilets clean.