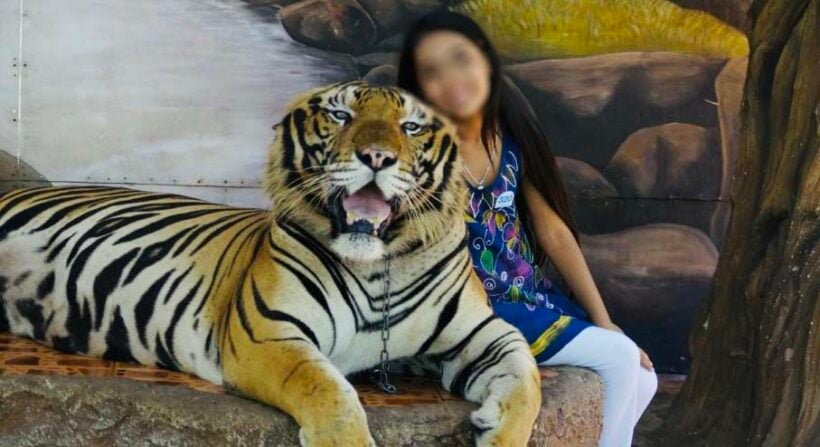 One of Thailand’s most popular and visited Tiger zoos has announced that it’s closing its doors, permanently. Sriracha Tiger Zoo, a Chon Buri tourist magnet, located in Nong Kham, was in operation for 24 years. Wasan Temsiriphong, the MD of the Sriracha Tiger Zoo operation said that they will meet with employees on Monday to discuss termination payments and the reasons for the decision.

He maintained that the current restrictions imposed by officials had sealed the zoo’s fate, already trading in very difficult economic circumstances with only domestic tourists to draw on for the past 12 months. For now there has been no announcement about the fate of the animals who currently reside at the zoo.

TheTiger Zoo originally opened on April 23, 1997 and was the largest facility in the world that bred and raised the Bengal tiger. The Thaiger visited the zoo nearly a decade ago, with an open mind, and was mildly entertained but found some of the shows and attitudes towards the animals outdated, although we saw nothing that suggested that the animals were poorly treated, notwithstanding they were in a zoo.

The most peculiar thing we saw was the nursery where pig mums were feeding tiger cubs and tiger mums were feeding baby piglets. But it was all this strangeness that was clearly part of the attraction of the zoo that attracted busloads of tourist every day until Thailand’s borders were closed last year.

Visitors could also get a photo feeding or patting a tiger.

It was also famous for its bizarre animal shows featuring crocodiles, pigs, elephants, camels, rabbits and snakes. The zoo and its attractions had polarised reviews from visitors – some loving the experience, others claiming it was cruel and depressing. From TripAdvisor…

“I have been here with customers for a day trip with lunch . It’s very kind and well organised with many kinds of Show as Tigers show, Elephant Show and pigs Show. Where is opportunity to take pictures with animals lol”

“In my opinion one of the greatest of animals great to see the preservation element the only downside was the guy hitting the tiger during the show hope one day the tiger has its day.”

“I liked it more than my son did. I habe meber been that close to such a giant “cat” before. My son fed little tigers and played with them… We took a picture with small tigers for 200B. Taking pic with big tiger 200B, 400B with liger. Each time, they take your phone and make pictures with it. Elephant show was funny, crocodile show seemd a bit dangerous to me. Tiger show was ok. All shows last approx.20 minutes. We didn’t watch pig race, but still it took us 4 hours.”

But some visitors were scathing…

“Visited after a tip off from a friend who said the zoo was under investigation for farming tigers for the illegal tiger bone wine trade. If you walk around the back of the main tourist cages you will see squalid more commercial cages where tigers are held before being exported for tiger bone wine. This is animal cruelty at its worst, not only are they keeping tigers in a victorian zoo like enclosure at the front where tourists can pose with them for a fee (which is so wrong I dont even know where to begin) – there’s even a tiger show (which is frankly disgusting), but it’s also a front for the commercial breeding of tigers for chinese tiger bone wine. The fact this place is allowed to keep on operating hints that authorities are turning a blind eye. Please please please do not go, do not support and educate yourself on ethical travelling!”

“My partner and I visited this zoo as one of our travel companions booked us tickets. What greeted us when we got there was a horrible experience. It was more a test of endurance than a fun day out.

First we came to the tigers. The smaller ones were in tiny cages, running in circles and pushing their faces up against the metal. The bigger ones were clearly malnourished and drugged; they were chained to the ground and hit by the staff to encourage them to perform for the amusement of tourists. They were also walking in circles. There was one tiger that had pictures taken with visitors. This animal was clearly too tired to move, and was directed with a stick via a worker.

Then came the pig race, which speaks for itself. A bunch of pigs have a race as people watch on in bottom-of-the-barrel amusement.

If you value, respect, or merely have an interest in animals, DO NOT visit this zoo. It is a hellhole.”

You can read more of the reviews HERE.