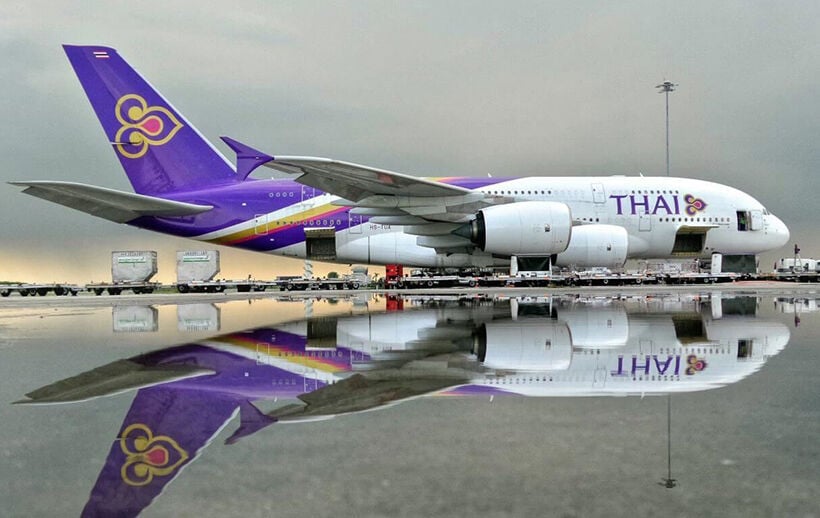 Thailand’s flag carrier airline declared a net loss of nearly 3.4 billion baht on revenue of 11.2 billion baht in Q1, an improvement on the 11.2 billion baht net loss from the same period last year, but on the positive side the company also noted a 155 per cent year on year increase.

Thai Airways’s financial report unveiled operational revenue had increased by 6.8 billion baht compared to the same period last year. On the down side expenditure of 14.4 billion baht increased, up 3 billion baht year on year, exposing a loss of 3.4 billion baht.

Higher fuel costs were elevated because of the Russia-Ukraine conflict and the on-going Covid-19 pandemic continues weight heavy on the airline. Fuel expenses increased almost 5-fold to 4.2 billion baht. Thai Airways was forced to enter a court-supervised rehabilitation programme in 2020 because of the pandemic, after posting its worst-ever net loss of 141 billion baht.

But the company bounced back from that setback a year later returning a net profit of 55.1 billion baht. It was Thai Airways’s first net profit in five years following a company overhaul of its infrastructure. The Thai government’s easing of Covid restrictions, and popular programmes such as the Thai Pass, has opened up the country to more tourists resulting in busier air traffic and increased revenue.

Thai Airways is confident the airline will continue to prosper and deliver a reliable operating profit in the future as pandemic restrictions ease and fuel costs come down.

Nit97
I think you should say something about thousand of people who are waiting refunds from Thay Airways since 2020. They, literally, stole our money and theay are saying refund will arrive probably in 2024. Check Facebook group Thay Airways Refund…

Poolie
Ah, see, that's how bankruptcy, receivership etc. works. The creditor gets nowt except if he's 'preferred', normally government. Painful but true.
Nick
Thai Airways used to be my favourite airline and my first choice for direct flights from London to Bangkok. I loved the 380, the smiling cabin crew and the excellent service. With the restrictions now lifted I was looking at…

KaptainRob
24 minutes ago, Nick said: I'm now looking at indirect flights with other airlines to save money. Should be plenty of choice via Arab states though I'd suggest Turkish, they're surprisingly good!
BJoe
With Thailand taking a “neutral” stance in the Russia-Ukraine conflict, why can’t Thailand buy cheap oil from Russia to alleviate the rising fuel costs.