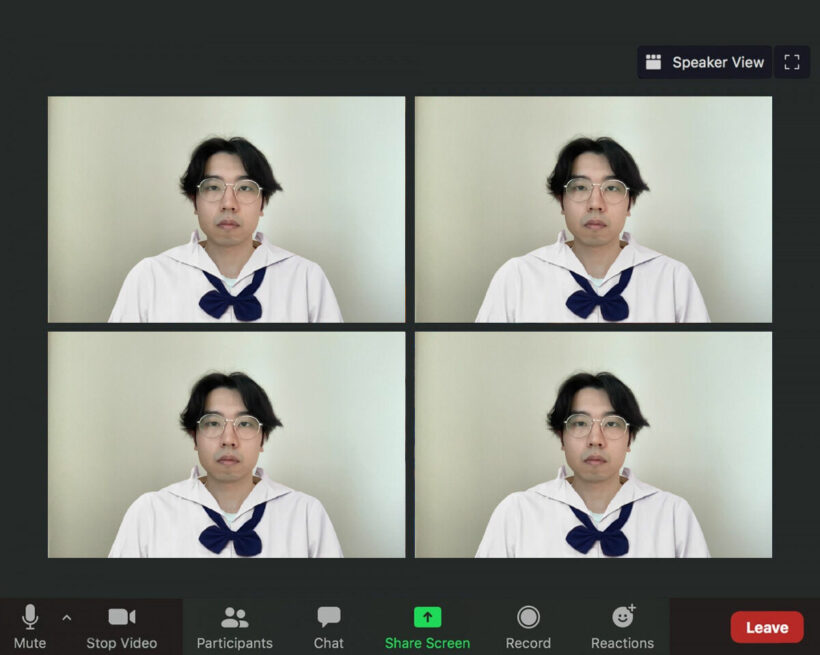 They say nothing is foolproof to a sufficiently talented fool and a controversial school rule for online classes has just proved that to be the case. When school authorities announced the foolproof plan of making it mandatory to wear a uniform even during online classes, the decision was met with backlash from students who didn’t see the need to dress up to sit in front of a computer screen.

Enter the sufficiently talented fool, in this story a Thailand-based graphic studio called The Studio Apollo. Seeing the pushback of students not wanting to don their school uniform online in their living rooms, the studio went straight to work to bang out a creative solution. The tech world used to joke, “there’s an app for that,” but in this case more appropriately, there’s a filter for that.

The studio founder explained he wanted to fix the problem quickly and easily so that teachers could go back to educating and students could go back to learning. So they launched a filter across several popular online platforms. Instead of bunny ears or a doggie tongue, this filter superimposes a school uniform on the user in the online conference call.

The filter is available on Zoom, Google Meet, and MS Team. The launch of the filter on The Studio Apollo’s Facebook page garnered 13,000 user reactions and over 2,000 comments. However, demographic data shows the majority of the filter’s users are older people or so-called “first jobbers” – millennials who grew up on tech and are now entering the workforce.

But the studio believes it’s an elegant solution to a frustrating problem for many, and will continue development. Since the Covid-19 pandemic closed school, online classes have become commonplace and may be around for the near future at least. The studio plans to expand the online filter to cover different uniform types and styles, to cover schools for all different age ranges, from university down to kindergarten.

The company also intends to make virtual uniform filters for teachers, commenting that teachers have the same frustrating obligation as students to wear uniforms, even for online classes. They hope in the future to develop more online school materials to help aid in virtual classrooms.

King Cotton
1 hour ago, Thaiger said: When school authorities announced the foolproof plan of making it mandatory to wear a uniform even during online classes, the decision was met with backlash from students who didn’t see the need to dress up…