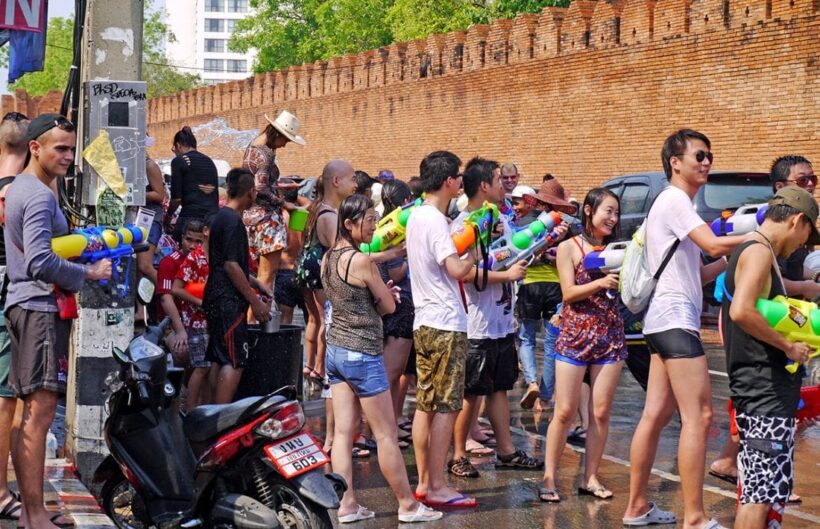 The Tourism Authority of Thailand (TAT) says tourism levels during the Songkran break will be down by 10%, partly due to the northern haze problems. Chiang Mai is one of the country’s most popular Songkran festival locations.

TAT Governor Yuthasak Supasorn said the haze problem is having a direct impact on tourism levels in the North during the Songkran festival from April 12 to 16. Tourists will drop by more than 10% compared to last year according to sources connected to the TAT.

But Yuthasak expects overall hotel occupancy rate in the northern region during Songkran to be around 75%. But hotels in areas affected by wildfires, such as Mae Rim, Chiang Dao and Fang districts of Chiang Mai province may have reservation rates under 50%. Hotels in Mae Hong Son province may face the worst booking rate at under 30% forcing some hotels opt to close down for renovations.

“Due to the fallout from the downturn in the three northern provinces of Chiang Mai, Chiang Rai and Mae Hong Son, TAT expects tourism revenue during this year’s Songkran to reduce by 2 billion baht,” he said.

The TAT predicts that the number of Thai tourists travelling during the Songkran festival at 3.11 million people, up by 3% and generating 5% revenue growth, amounting to 10.7 billion baht.

Most tourists visiting during the holiday season are predicted to be from nearby markets, such as ASEAN countries, China, Taiwan, and India, with the top three ASEAN tourists being from Singapore, increasing by 26%, Malaysia – 24% and Vietnam – 22%. Meanwhile, tourists from East Asian markets are also forecast to increase, with tourists from Hong Kong increasing by 26%, South Korea 14% and from Japan 5%.

On the other hand, the TAT reports, the appreciation of the baht will lead to more Thais travelling abroad during Songkran, Yuthasak said.

They predict that during the four day Songkran break, up to 300,000 Thais would travel abroad.