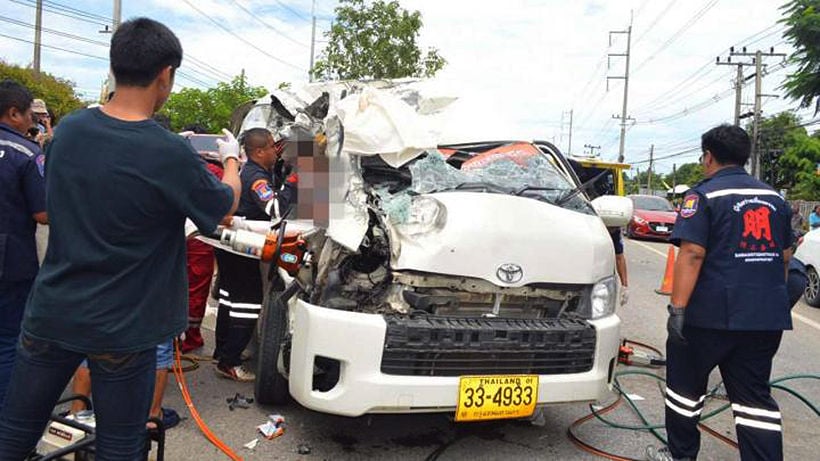 A Thai van driver has been killed along with four Cambodian passengers after a car veered across a traffic median and crashed head-on into them. The accident occurred at 10.30am yesterday on the Aranyaprathet-bound Suwansorn road in Wattana Nakhon district of Sa Kaew, on the Cambodian border, east of Bangkok.

Police report that a Cambodian girl and the car driver were critically injured while four other Cambodian passengers travelling in the van sustained minor injuries. Witnesses told police that the car driver, 20 year old Chaiwat Saithong, was driving to university when he lost control of his car, crossing over the traffic median and crashing with the van, driven by 28 year old Thirapong Suphonok.

Thirapong was killed along with a Cambodian boy, 11, and three Cambodian women.

Chaiwat, who was rushed to a nearby hospital, will be placed under custody, questioned and chareged when he recovers.

The owner of the van, 52 year old Charas Daenthaisong, says his driver was transporting the Cambodian migrants from the Prathunam area in Bangkok to the Rong Klua Market in Sa Kaew’s Aranyaprathet district where they would cross the border at the Klong Luek checkpoint back to their homeland. 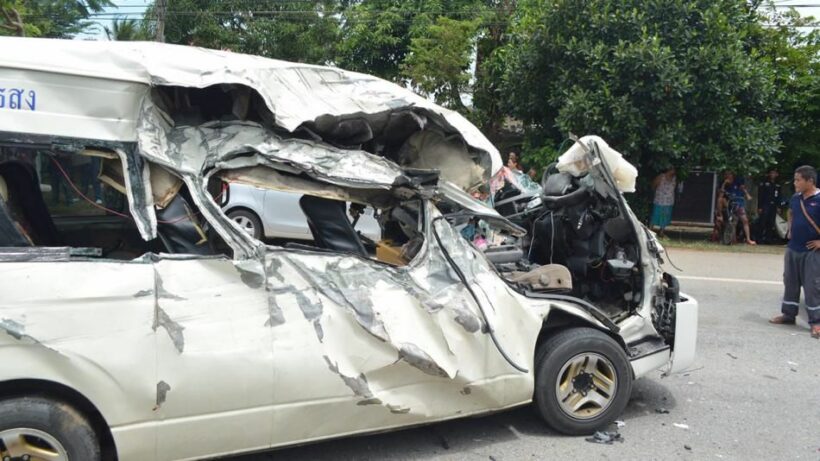