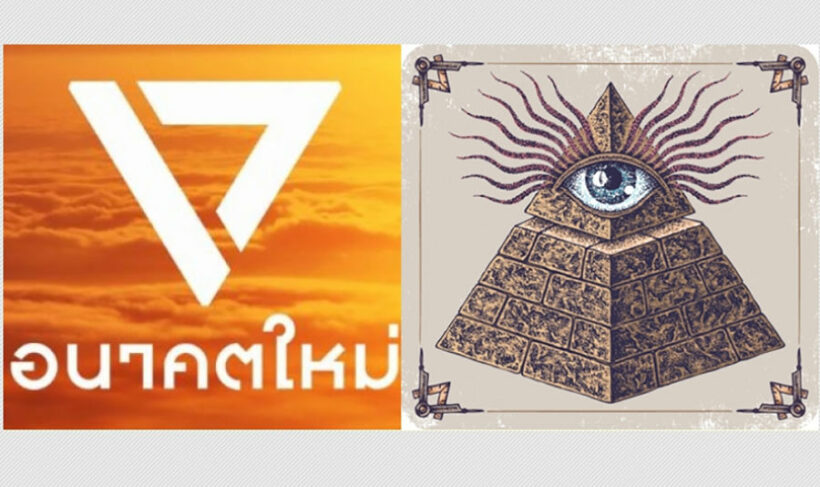 A lawyer and former advisor to Thailand’s chief ombudsman, Natthaporn Toprayoon has gone ‘full woo woo’ in cobbling together arguments to disband the Future Forward Party.

In a petition submitted to the Constitutional Court, the lawyer has invoked fears of the ‘Illuminati’ secret society. He has accused Future Forward as being a threat to the country’s constitutional monarchy.

He says the orange triangular logo used by Future Forward, if turned upside down, closely resembles the symbol used for the Illuminati.

“Illuminati” refers to various historical organisations which have been claimed to be connected to the original Bavarian Illuminati (from the late 18th century) or similar secret societies. These links have been unsubstantiated and are considered conspiracy theories and nonsense. These organisations have often been alleged to conspire to control world affairs, by masterminding events and planting agents in government and corporations, in order to gain political power and influence and to establish a ‘New World Order’ (whatever that is). Central to some of the more widely known and elaborate conspiracy theories, the Illuminati have been depicted as lurking in the shadows and pulling the strings and levers of power in dozens of novels, films, television shows, comics, video games, and music videos.

Natthaporn also claimed that the Illuminati was behind efforts to overthrow monarchies in Europe and that it also played a role in the US Declaration of Independence in 1776, without evidence.

He added that remarks made by several key FFP members discouraging the act of prostrating oneself to pay respects, pouring scorn on “Thai smiles”, and trying to end the patronage of all religions in the country were in line with Illuminati thinking as well as those of the Thai Nitirat group of progressive-minded law scholars.

Natthaporn also pointed to the party’s regulations, which he claimed were written to support the “constitutional democracy”, which he said can be interpreted as a support for systems other than a constitutional monarchy.