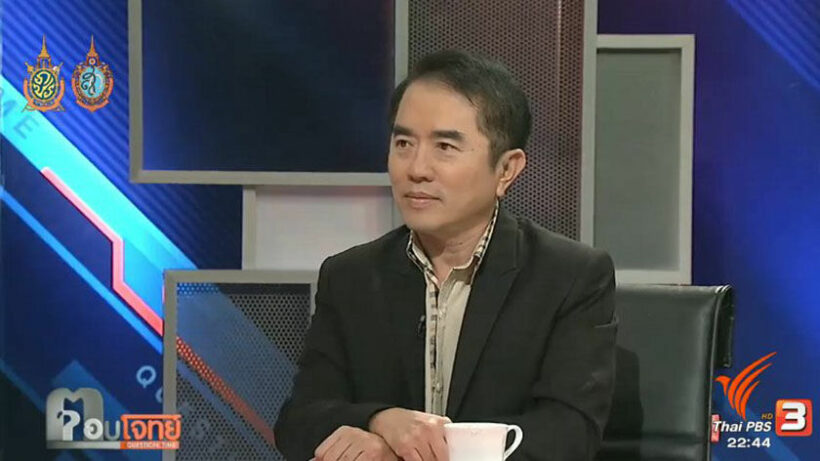 A Thai pro-monarchy group has issued a manifesto in which it pledges to oppose any changes to the 2017 Thai Constitution. The Thai Pakdee group’s policies include protection of the institution of the Thai Monarchy, no constitutional amendments, and strict enforcement of existing laws, including the prosecution of individuals who offend the Monarch or the Thai Royal Family.

Thai PBS World reports that the group held its first rally yesterday, at Bangkok’s Din Daeng Youth Centre, also known as the Thai-Japanese stadium. The group’s founder, former Democrat MP Warong Detgitvigrom, says members have no intention of confronting the protesters currently challenging the government, but will aim to convert people by speaking the truth. While not naming any political parties, he does point the finger at politicians, accusing them of worsening the generational divide currently very much in evidence around the country.

Speaking at the rally, Warong says some of the group’s aims are to protect the Monarchy, retain the Thai identity, and promote career equality for all. The group is calling on the Education Ministry to shut down protest spaces on campuses, to prevent academics who may be opposed to the Monarchy from brainwashing students. It says it will provide legal support to anyone harassed by anti-monarchy activists and is also submitting a letter to the Japanese ambassador in Thailand, calling for the extradition of Thai academic, Pavin Chachavalpongpun, who is wanted for lese-majeste offences and lives in Japan under self-exile.

Meanwhile, Jatuporn Promphan from the United Front for Democracy, says the Monarchy should not be used as a political tool by any group, adding that he believes the Thai Pakdee group harbours extreme right-wing views.