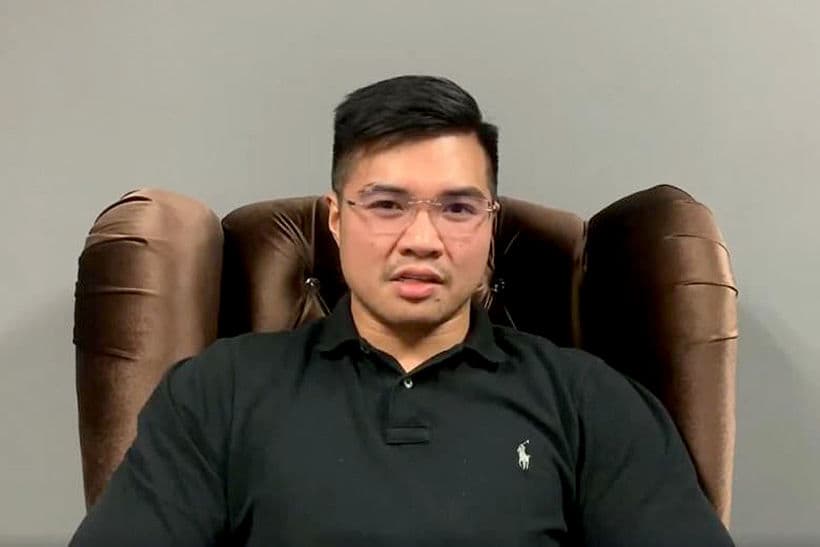 Malaysian politics has been thrown into a tizz today as a gay sex video scandal has become the talk of the country.

Muhammad Haziq Abdul Aziz, the senior private secretary to Deputy Primary Industries and Commodities Minister Datuk Seri Shamsul Iskandar Mohd Akin, also named the Malaysian cabinet minister with him in the video and said he was “not fit to be a leader”.

He said in a statement published in The Star…

“I, Haziq Aziz, am making a sworn confession that I am the individual with (the minister) in the video which went viral yesterday. The video was taken without my permission on May 11 during the Sandakan by-election in (his) room at Hotel Four Points.”

“I urge the Malaysian Anti-Corruption Commission to investigate him for corruption. He is not an individual who is qualified to be a leader.”

He published the statement on his Facebook page today.

Video clips and several ‘intimate’ photos of two men, including one that resembles the minister named, appeared to be engaging in sexual acts, have been spread via WhatsApp.

A government council member Datuk Lokman Noor Adam has lodged a police report over the matter.

“I want the police to investigate the authenticity of the videos, who has been spreading the videos, and also the ‘actors’ involved”, adding that their “acting was not very good”.

While not naming names, he told the media that it was clear which politician one of the men in the video resembled.

Meanwhile the Malaysian PM, Dr Mahathir, feined innocence about the entire affair despite the story being front page news and saturating Malaysian social media. Speaking at a media conference this morning…

“I do not know anything. I have just heard, I would have to read up on it.”