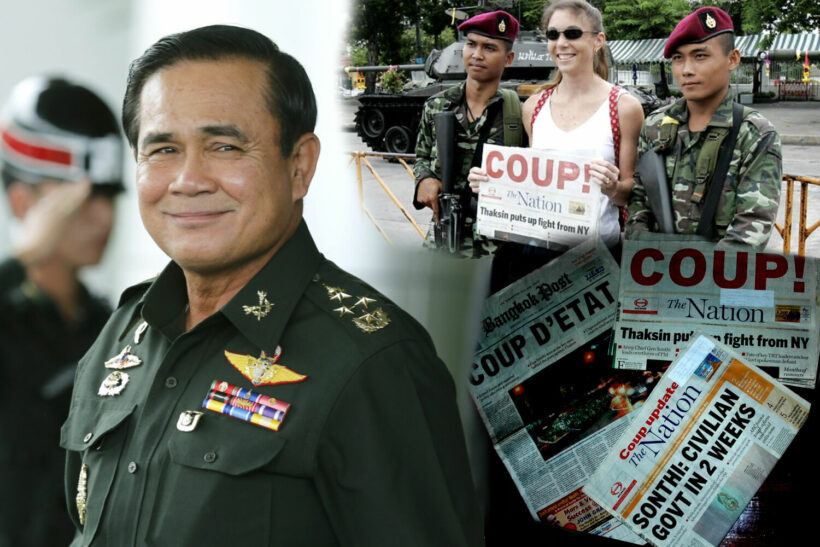 PHOTO: 7 years on, was the coup and PM Prayut's rise to power good or bad? (via Flickr Prachatai/Adaptor- Plug & NY Times)

Yesterday markED the 7th anniversary of the coup in which the National Council for Peace and Order took control of Thailand and Gen. Prayut Chan-o-cha, then chief of the Thai Army, rose to power. Differing opinions persist as regards progress for Thailand in the last 7 years and also the failings of the Thai ‘government’ since the coup.

Some argue that the PM has worn out his welcome after beginning to lose the confidence of conservative groups that had previously supported him, with many citing Covid-19 policy, that was once a shining example for the world, but has been failing in recent months against Thailand’s third-wave outbreaks. If the promised large-scale vaccination campaign is successful over the next 2 months, those cooling attitudes may warm again.

Many who had hoped that the Thai coup would bring transparency to the government feel disillusioned as his regime often tightens its grip on power, rather than giving an outward appearance of a modern government. Young people have mounted powerful opposition protests to the previously unshakable power of the government and the Royal Family. Those voices have currently been silenced by a crackdown on dissent and the application of draconian laws that stifle free speech, including discussion about the Thai monarchy.

Many question how successful any efforts at reform have been since the coup in Thailand, saying that tangible results are few and far between and democratic liberties have been lost. Thailand has been marred by political conflict and the public coming out in protest last year shows the growing strain of long-term social injustices. Many claim that the people in power don’t consider or involve the public as they enacted a new flawed constitution that was less about progressing the country and about about holding onto power.

Covid-19 has highlighted some of the government’s weaknesses, not just in handling the current third wave outbreak but also addressing a rise in corruption such as illegal gambling, illegal immigration, human trafficking, and a lot of alleged ‘greased palms’ in hi-so Bangkok entertainment venues that got away with flaunting Covid-19 restrictions leading to the current outbreak.

The Prime Minister Operation Centre released the list of 15 areas of reform progress since the Thai coup, claiming infrastructure improvements for roads, rail, transportation, and digital technology infrastructure. They believe that quality of life has increased with help for low-income earners and welfare recipients, pension reform, and universal healthcare improvements as well as reforms in education.

The PM’s office also claims successes in agriculture, water resource management and the handling of the Covid-19 pandemic. They have enacted new laws for landowners, and point to a bevvy of problems addressed in Bangkok from flooding to traffic to pollution.

But opponents of PM Prayut’s ruling party say that the goals of the Thai coup have not been met. Thailand has seen political conflict and social unrest grow and become more polarised and attempts at reform by holding committees and passing laws have not resulted in anything tangible for the people. No major headway has been made on economic improvement, the civil service system, or education reform. Opponents claim that the government that rose from the coup have created more problems than they solved.

A government spokesman disagrees with the assessment saying that the current government has tried to be part of the solution in political conflicts and not get involved in squabbling. They claim substantial progress in revising laws and paving the way for reform they say will come with the enactment of new bills soon. The spokesman says that parliamentary procedure has slowed progress on reform and on constitutional amendments.

12 committees were created to oversee various reforms and referendum laws were passed to prepare for charter amendments as the political machine churns since the Thai coup. The spokesman also points to success in high-value agriculture and small-to-medium-sized entrepreneurs that have benefited from law amendments and claims that new bills are in the works to deal with corruption and political reform.

The government also claims to have cracked down on human trafficking and the influx of drugs into Thailand. A Defence Ministry spokesman pointed out progress made in aviation safety and unregulated fishing, as well as transportation infrastructure development in Thailand since the coup.

For foreigners there’s certainly been a tightening up of the existing immigration laws, making it palpably harder for long-term stays in the Kingdom. And whilst there’s been clearer application of the existing rules, the result has been at the detriment of foreigners wanting to live in Thailand.

But the question of whether or not Thailand is better off as a result of the coup on its 7 year anniversary is still hotly debated and very open to a variety of perspectives.

But, here we are, 7 years since the elected Yingluck Shinawatra government was thrown out of power and we saw the row of Army generals on our TVs telling us that the army had, again, seized power in the Land of Smiles. Then ‘General Prayut’ is now ‘PM Prayut’, and he’s swapped his military uniform for a suit. Otherwise it is still clear who is pulling the levers of power in Thailand.

AussieBob
When are the next elections?? Junta did a good job at first - but it is time for a change - has been since 2018.

King Cotton
26 minutes ago, AussieBob said: Junta did a good job at first Yeh? . . . you must have a better memory than me, Sir, but by all means refresh it if you like.

AussieBob
Military coups are seen by some as automatically wrong and I tend to agree. But Thailand in 2014 was heading towards serious civil unrest and there was far too much corruption evertwhere. The junta enforced peace and stopped what could…

King Cotton
54 minutes ago, AussieBob said: . . . . and so much more. Sure it was wrong but it was needed in 2014 - A good effort, AussieBob, but I think we'll have to let Guideline 6 apply to this issue…