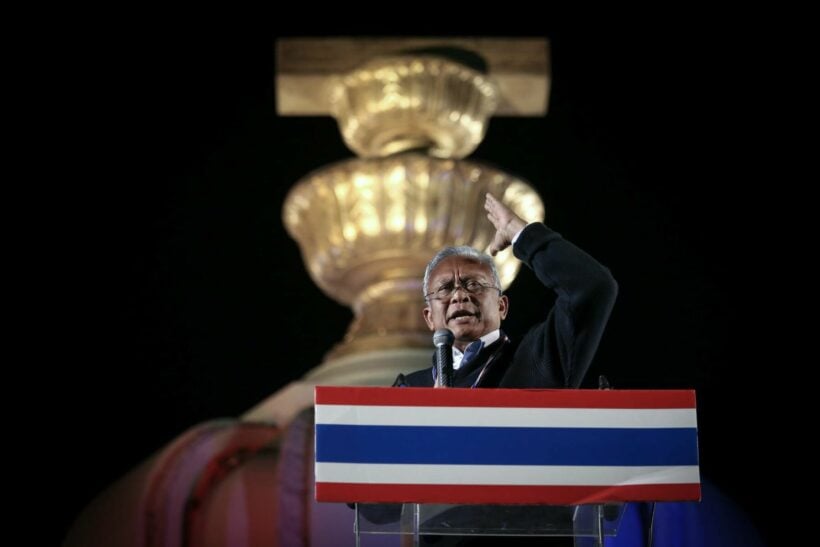 The unofficial electioneering is in full swing in Thailand.

After Paetongtarn Shinawatra, the youngest daughter of exiled former-PM Thaksin Shinawatra, predicted the Pheu Thai Party would win the upcoming election by a landslide, Suthep Thaugsuban has declared that he will oppose them and “Thaksinocracy.”

Suthep was a former leader of the People’s Democratic Reform Committee, a protest movement against the Pheu Thai government, which was overthrown in an Army coup in 2014. He played a key role in the protest nearly 10 years ago.

He believes that the influence of Thaksin, and the Shinawatra family, has damaged Thailand, and people who side with Thaksin and the Pheu Thai Party are responsible for acts of violence against anti-Thaksin demonstrators. “Thaksinocracy” describes Thaksin’s strong political influence.

Suthep was a member of the Democrat Party, until he stepped down to protest against Thaksin’s sister, Yingluck, who was Thailand’s PM at the time. According to Suthep, Thailand had the worst corruption under Thaksinocracy.

Both Thaksin and Yingluck Shinawatra, both former PMs, now live in self-imposed exile and fled Thailand to escape prison sentences while numerous ministers in their governments have been found guilty of corruption or misconduct. Thaksin and his followers continue to question the current Prayut government online, claiming that only they can fix Thailand’s problems. This, according to Suthep.

Supporters of Thaksin are likely to condemn him for speaking out, however, Suthep didn’t clarify his approach if Pheu Thai was to receive overwhelming support in the forthcoming elections (to be held later this year of before April 2023).

Just a few days ago, another member of the Democratic party, and former Thai PM Abhisit Vejjajiva claimed in an interview that the only reason the Pheu Thai party wants to win is to bring back Thaksin to Thailand.

HolyCowCm
Suthep calling anyone or anything corrupt is laughable. He should never look in the mirror.