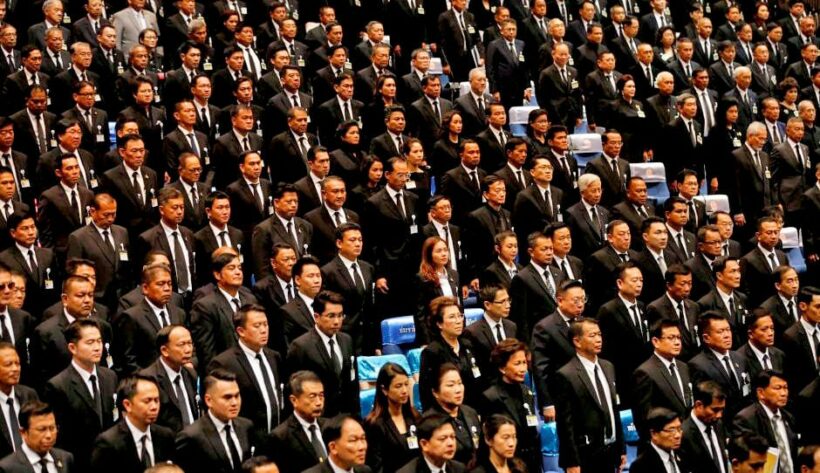 … and 27 of them are from the pro-Junta Palang Pracharat Party.

Latest rumblings out of Bangkok as rival parties ramp up the rhetoric in the lead up to an announcement of the new Cabinet. Meanwhile the current PM Prayut Chan-o-cha is trying to keep the situation calm during this weekend’s ASEAN Summit being held in the capital.

A Future Forward politician pointed out yesterday that the PM’s Cabinet meeting on Tuesday could have been unconstitutional. Piyabutr Saengkanokkul, MP and party secretary-general called on Prayut to clarify his position to avoid future complications. Is Prayut the head of the outgoing NCPO? Or is he the PM of a new parliamentary government? Or can he be both?

Having been royally endorsed last week, Prayut is now the new PM, the MP pointed out, adding that the new PM working with the old Cabinet is a cause of constitutional conflict. With a new Cabinet yet to be formed, the politician said Prayut has two choices: he either appoint an acting-PM to work with the outgoing ministers or quickly form a new Cabinet.

However, House Speaker Chuan Leekpai cited a clause in the Constitution, which allowed the outgoing Cabinet to continue working until the newly announced cabinet is announced and royally endorsed.

Meanwhile dozens of newly elected MPs are being scrutinised for allegedly holding shares in media companies – an act prohibited by the Constitution – and an issues that has seen Future Forward leader Thanathorn Juangroongruangkit suspended from Parliament whilst his case is being heard.

Of the 41 MPs facing renewed scrutiny, 27 are affiliated with Phalang Pracharat.

Phalang Pracharat lawyer Tossapol Pengsom went to Constitutional Court yesterday to get a copy of the charges. He said the party will first launch a battle against the possibility of the 27 MPs getting suspended from Parliament, as that will affect the government’s work.

How many tourists visit the real Thailand?