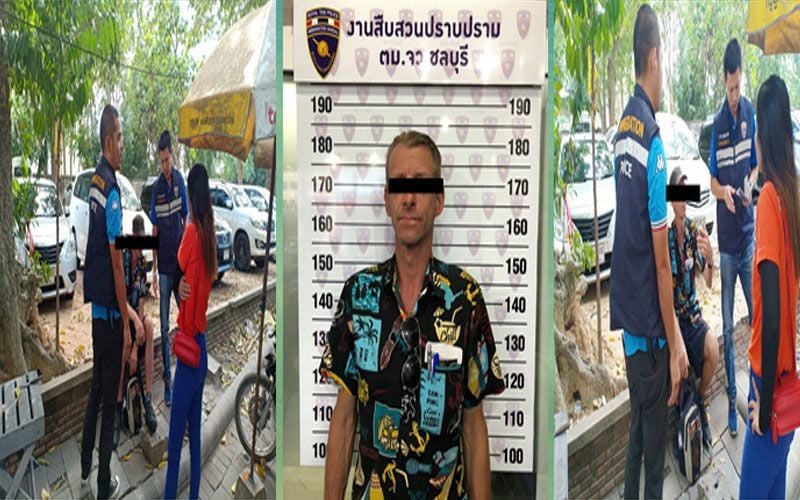 Five Chonburi immigration officers have arrested a 45 year old German man outside a hotel in Pattaya. “Bert E” had overstayed his visa by five days and was handed over to Pattaya police. The immigration police are now making examples of even minor transgressions of the visa rules.

The five-man task force was sent by the chief of Chonburi immigration, who was acting under orders from national immigration chief Sompong “Big Oud” Chingduang, according to Thai news agency Naew Na.

Sompong took over the helm of immigration after the previous chief, Surachat “Big Joke” Hakpan was mysteriously demoted, or side-lined, last April. In October Sompong said authorities “will rid Thailand of the bad apples in the foreigner population,”

“This is just the beginning.”

Among those targeted are overstayers, illegal immigrants, internationally wanted individuals and common criminals. Foreigners can be deported and blacklisted from entering Thailand for overstaying their visa, or any criminal offence. Even if it’s only five days.

Thai immigration authorities have made it a habit in the past few years not only to round up dozens of foreigners at a time in raids, but also to parade them in front of the press.

The hotel was in the Na Klua area. New Na, as in the past, is urging the public to continue calling immigration police on 1178 to report violations.