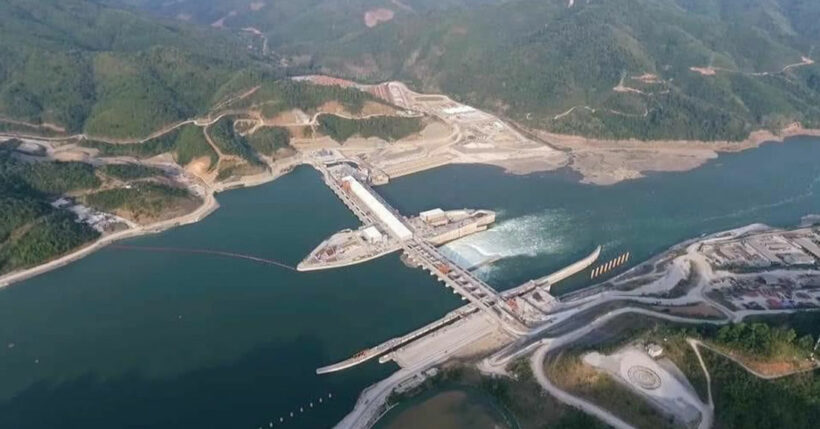 CK Power, operators of the new Xayaburi Dam in Laos, are denying their dam tests (running from July 15 until tomorrow) are responsible for the low water flows in the Mekong River. The tests were a lead up to full scale production of electricity from October this year, most of which will head to Thailand.

Fingers are being pointed at both the Jinghong Dam in China and Xayaburi Dam in Laos for the low water flow in Thai areas of the Mekong. But the company says it’s the low rainfall which is causing the drought, not their dam tests.

According to Thailand’s Office of the National Water Resources, the trials would severely impact the drought-hit provinces in the northeastern region, whose tributaries rely on water from the Mekong River. The office added that Thai water level gauges below the dam found that water levels had dropped by almost 1.8 metres, which is the lowest in 28 years, since the dam began to store water on July 9.

CK Power has invested 135 billion baht into the eight-year construction project, which started in 2012 and is currently 99.4% complete. They say they’ve also invested heavily in ecological research, especially the ‘fish ladder’ technology which monitors the movement and breeding of fish that have moved up and down the Mekong for centuries. But critics are saying that there are no guarantees the fish will use the ladder technology and that long term effects from the dam are not known.

CK Power claim the new dam will produce 7,600 gigawatt hours of electricity per year, most of which will be sent to Tha Li district in Loei province, just over the border in north-east Thailand. It’s the company’s second hydropower investment in Laos – their first was the Nam Ngum 2 Dam. CK Power’s concession lasts until 2050, when the project will be transferred back to the government in Laos.

The selling point to Laos citizens is better living conditions as a result of job and wealth creation as well as the technology and education which the government says will increase engineering skills in the country.

Already 15 villages have been affected by the project, seven requiring resettlement to new areas around the dam. The Xayaburi Dam has forced 2,975 people to move to new homes. 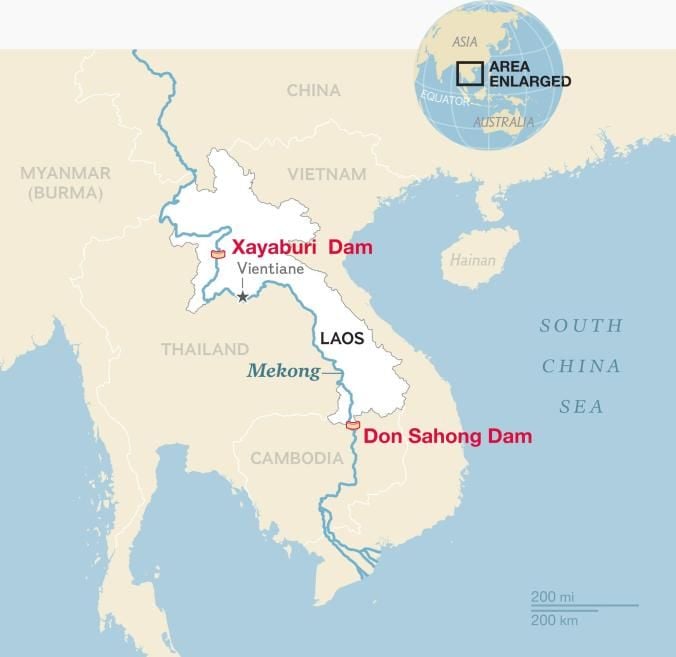