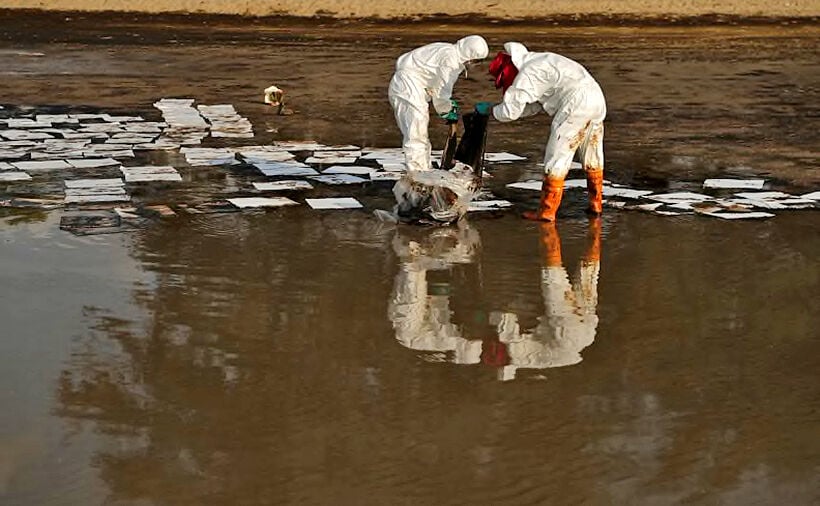 Attempts since last Tuesday morning have failed to avert the oil spill reaching the Gulf of Thailand’s east coast beaches. Yesterday the oil started washing up on the Mae Ramphueng beach in Rayong, an hour’s drive south of Pattaya. Up to 200 people were patrolling the stricken beach using back hoes to try and scoop up the oil. Other volunteers were just using their hands and plastic bags to remove the sludge.

The governor of Rayong has declared a state of emergency yesterday after the oil started washing up along the long stretch of popular beach, shutting down restaurants and shops. The environmental disaster couldn’t have come at a worse time for local traders, fishing businesses and hotels as they were just starting to gear up for the restart of the Test & Go arrival program.

Rayong Governor Channa Iamsaeng has declared the east coast beach “a disaster area” and ordered the area closed for swimmers and commercial activities.

A large portion of the slick remains poised just off the coast between Mae Ramphueng beach and nearby Koh Samet, a popular island for domestic weekend breaks and tourists alike.

Even though the Royal Thai Navy, the mitigation unit of Star Petroleum Refining and pollution control consultants have been in the area since Tuesday trying to mop up the oil spill of some 60 tonnes of crude oil, efforts have failed to avert the worst case scenario – the oil reaching the shores. Inflatable booms were deployed from Wednesday in an attempt to contain the floating slick, about 20 kilometres south west of the Mae Ramphueng beach.

The slick began landing along the long beach on Friday evening and clean up crews have been working throughout the weekend to clear the oil coagulating along the Mae Ramphueng stretch of beach.

Satellite and surveillance footage from Friday shows a 47 square kilometre slick, much of it still threatening the coastline. Windier conditions over the weekend are expected to exacerbate the situation over the next few days.

The local Thai chapter of Greenpeace is demanding that the Star Petroleum Refining oil company, 60% owned by US petro-chemical giant Chevron, show “clear accountability for the incident. Star Petroleum was responsible for a similar environmental disaster in 1997. 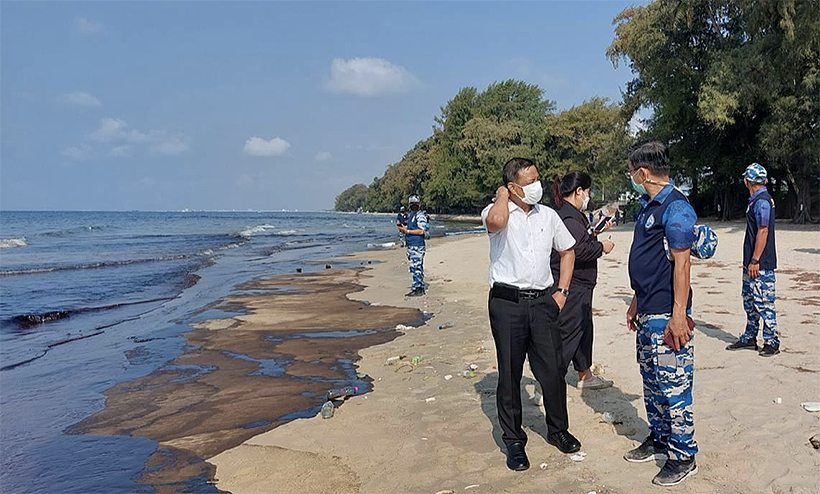 Cabra
I guess Rayong is out as a hub for eco-tourism sandbox 1.0 😜 Don't forget to ATK test all those cleanup crews 🙄 In all seriousness, I do hope they can get this cleaned up quickly