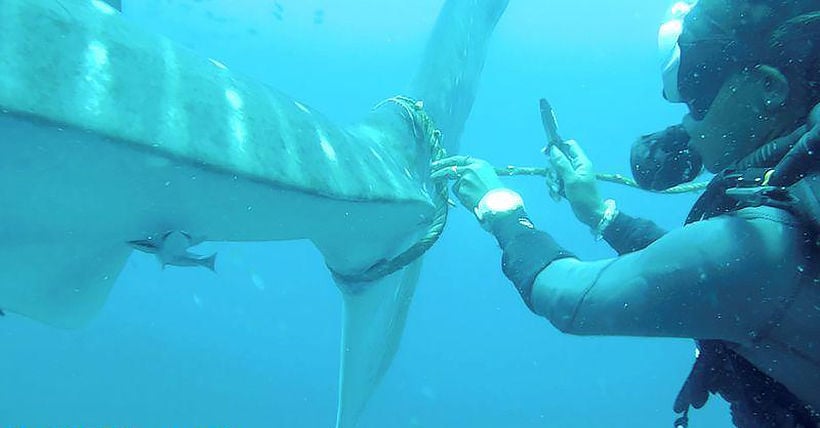 Video footage of a huge whale shark swimming toward a diving instructor while showing its tail that was caught in a rope has gone viral on the internet. The encounter took place near Koh Pha Ngan in the southern Surat Thani province last Saturday. A 3 metre long whale shark, injured by a rope tightening around its tail, swam toward the diving instructor apparently seeking help.

Many people dove into the water to record videos and tried to help the animal, but none were successful as their knives were not long enough to cut the thick nylon rope. Surat Tani’s provincial governor collaborated with the Department of Marine and Coastal Resources, asking them to send marine life experts to help the whale shark.

Whale sharks are protected under Thailand’s wildlife conservation and have importance for marine resources. They are slow-moving, filter-feeding carpet sharks and the largest known fish species. The largest confirmed individual was 18.8 metres long. The whale shark holds many records for size in the animal kingdom, notably being by far the largest living non-mammalian vertebrate. 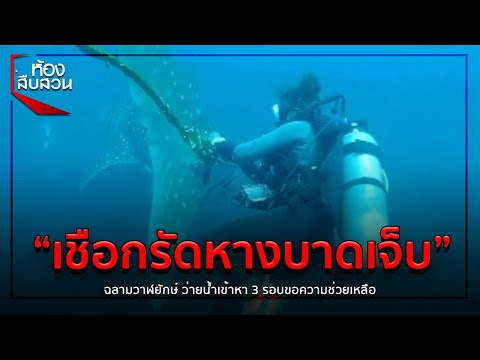