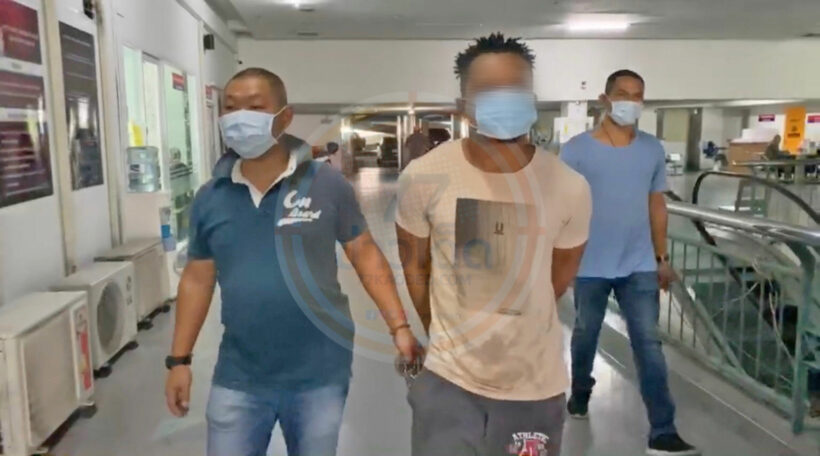 77kaoded reports that police in Nonthaburi conducted a drug sting at a petrol station on Tiwanon Road late last week. They arranged to buy 20 grams of cocaine for 100,000 baht from a foreigner identified only as “Mike”, who arrived on a Yamaha motorbike.

But as officers revealed themselves outside the petrol station toilets Mike realised his situation and ran off. He was arrested 500 metres away after a brief foot chase. 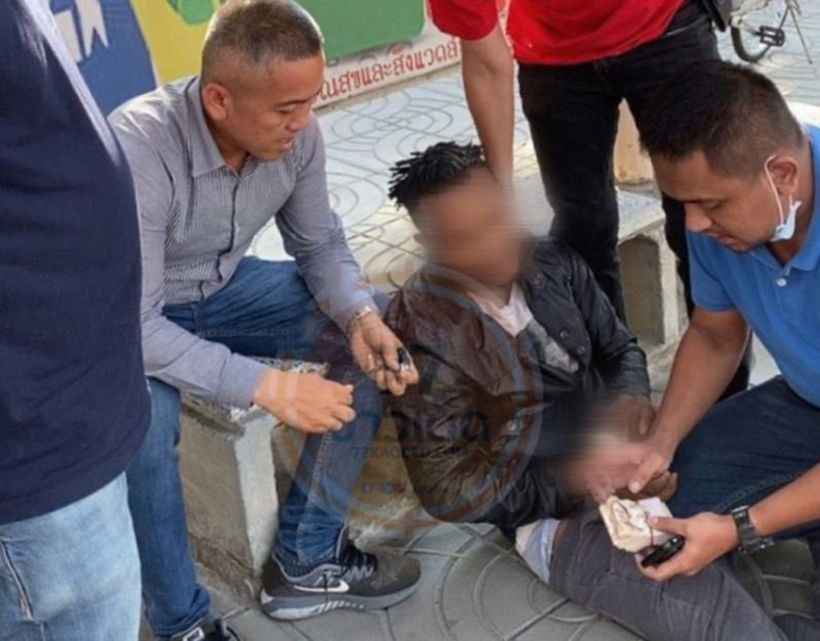 At his fifth-floor condo in Sukhumvut Soi 93 more cocaine was found in pill form behind the apartment refrigerator. Also at the apartment was the suspect’s Thai girlfriend, 27 year old Phatcharapha, from Issan’s Udon Thani province. She told police she’s known Mike, aged 21, for 5 months but knew nothing about his drug dealing.

Immigration’s biometrics system was consulted and Mike was found to have no travel history and no passport on record. He he passed on no information to authorities and his real name and nationality are not known at this stage. The investigation continues and the pair remain in custody and are charged with possessing cocaine with intent to sell.