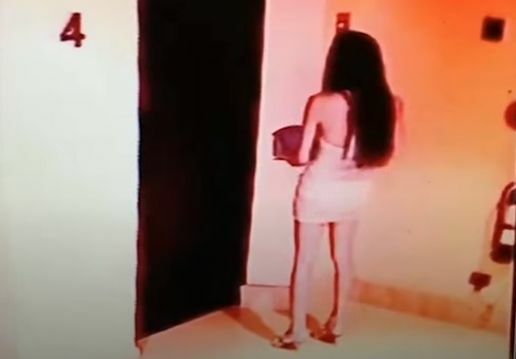 A foreign tourist who took two Thai women back to his hotel room in Bangkok was reportedly drugged and robbed. The women allegedly took off with US$4,000 and 15,000 baht in cash as well as other belongings. It is believed that drugs were mixed in the man’s coffee cup.

The tourist, who is a firefighter from Kuwait, travelled to Thailand with his mother who is receiving hospital treatment here. When the tourists arrived at the Lumpini Police Station to report the incident, he couldn’t talk properly and didn’t have any stamina so he received first aid at the station and was admitted to the police hospital. Once he recovered, he returned to the police station for questioning.

CCTV footage shows the tourist and two women getting into an elevator at a hotel at 10:42pm. At 11:48pm, one of the women came down the elevator and another came down at midnight. After they left, the tourist came out of his room and frantically asked hotel staff to check the surveillance camera footage and to inform the police that he needed help.

Forensic officers have been to the scene of the incident to collect evidence and fingerprints. Officers are still searching for the women.

Philly
I met a guy yesterday an older man. He said he was very drunk. 2 girls walked him back to his room, undressed him. They then discussed money and he declined and said maybe the following night. They were unhappy…

riclag
19 minutes ago, Philly said: I met a guy yesterday an older man. He said he was very drunk. 2 girls walked him back to his room, undressed him. They then discussed money and he declined and said maybe the…
TorontoJeff
And the moral of the story is ... one at a time, boys.
bkkexpat
I was drugged and robbed also by a gal dressed like a normal girl (non hooker) that presented herself as having a normal job(Terminal 21). Just wanted to hang out, denied wanting money. Must have drugged my drink when I…

palooka
On 3/26/2022 at 8:48 AM, Manu said: Are there still people travelling with so much cash those days? Braggarts and "show ponies" only. (Show Ponies look good, do nothing.)