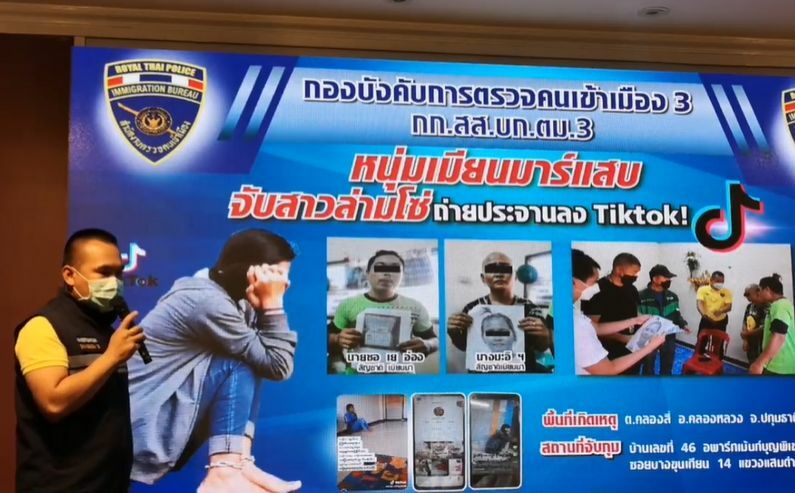 A Burmese man and woman were arrested for allegedly kidnapping another Burmese woman, and then posting a video of her with her ankles chained and hands tied on the social media platform TikTok. The suspects allegedly abducted the woman, who is said to be a popular social media influencer among Burmese netizens, in Pathum Thani, which is north of Bangkok.

One Thai user saw the video and asked the man to let the victim go. The suspects reportedly let the woman go and fled to Bangkok. The victim filed a report with Thai police and submitted the TikTok video as evidence.