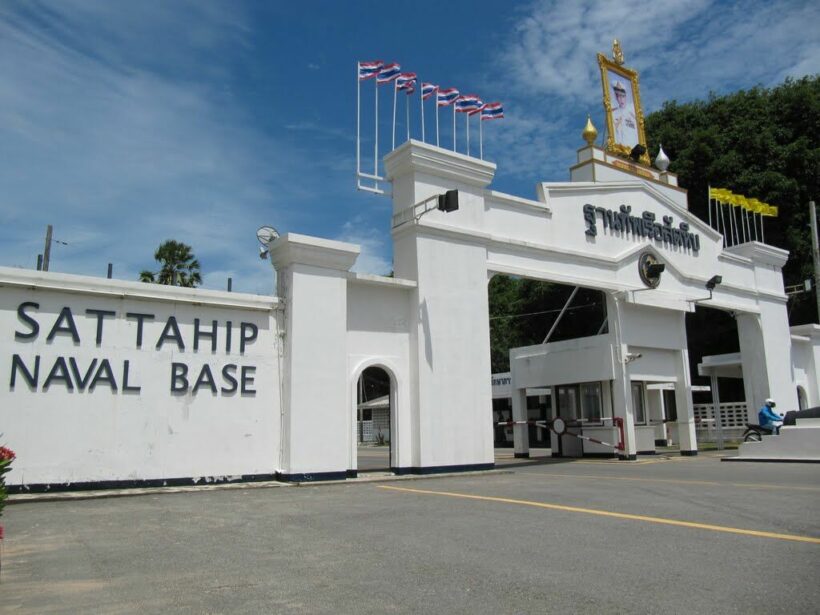 In a video circulating online, a senior naval officer is seen forcing trainee marines to drink what he says is semen mixed with fish sauce. Today, a naval base in Chon Buri province confirmed that the clip is real and happened at Sattahip Naval Base in October last year. The Royal Thai Navy has launched an investigation into the incident and said they will take disciplinary action against anyone involved.

The naval base named the alleged perpetrator as Sergeant Thaksin, who works under the Department of Security at the Royal Thai Navy. At the time of the incident, Thaksin was training a new rotation of trainee marines. Admirals from Sattahip Naval Base said that the trainee marines seen in the video, who were subject to drinking human semen, were taking part in 6 months of marine training as part of their Bachelor’s degree program and have all already left the navy.

A spokesperson says the navy would like to apologise to the marines involved in the incident, which he said was a violation of their human rights…

“Captain Somprason Nilsamai, Commander-in-Chief of the Royal Thai Air Force, has ordered the unit responsible for training these marines to take this matter seriously. They should implement strong measures to adjust the attitudes of senior supervisors so that they see the newest and youngest marines as their brothers. They should care for each other and use punishments and penalties sparingly.”

Hazing rituals are still rife in Thailand’s armed forces and even universities where some of the activities lead to death or injury. Commenting in the past about such rituals and initiation ceremonies, the deputy PM, and then defense minister Parfait Wongsuwan, was dismissal when saying… “it didn’t kill him”.

The Royal Thai Navy has launched an investigation into the incident and said they will subject Sergeant Thaksin and anyone else found to have committed an offence to disciplinary action in accordance with the law.

Grumpish
Spit or swallow - no idea about semen, but I have noticed the resemblance between vaginal secretions and fish sauce on more than one occasion.

palooka
Commenting in the past about such rituals and initiation ceremonies, the deputy PM, and then defense minister Parfait Wongsuwan, was dismissal when saying… “it didn’t kill him”. Probably not kill them either when they drop in for a drink at…
harry1
a lot to swallow in this report ,was it the officer semen or someone else
Fester
Must have been Captain Pugwash abusing Seaman Staines again?
Alavan
14 hours ago, Grumpish said: Spit or swallow - no idea about semen, but I have noticed the resemblance between vaginal secretions and fish sauce on more than one occasion. speaking of tasting?