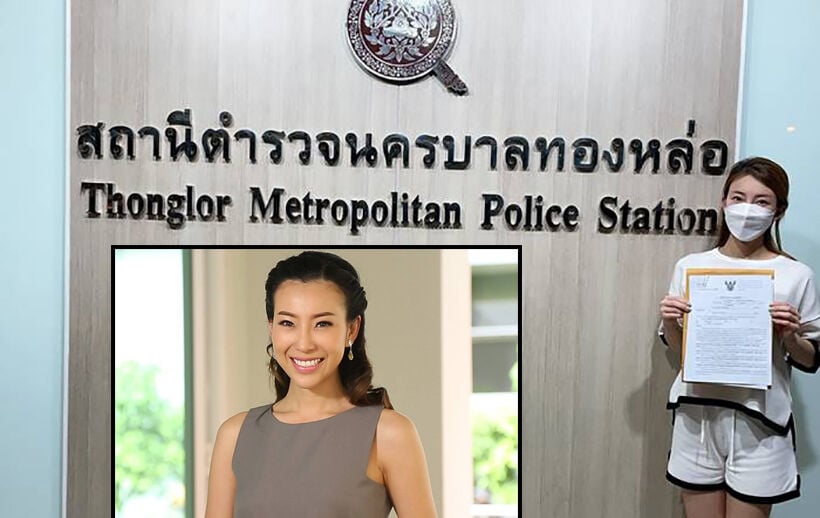 A Thai PBS TV anchor is the latest high-profile victim of phone scammers in Thailand. Thai PBS is a government-owned public broadcaster.

Pattima Komolbawonkul posted on her Facebook that she had lost 1 million baht through a phone scam. She claims that the scammer posed as a Thai police officer from the Ranong police (just north of Phang Nga province). The person contacted her and claimed she was implicated in a “national-level money-laundering investigation”.

The scammer was pretending to be a high-ranked Thai police officer in the southern province or Ranong.

“I told the crook that I have never been involved in anything illegal. The crook told me my name was among the suspects to be prosecuted. I asked how would I know you are truly a cop and they threatened me that they will add more charges for insulting officers. They did everything to make me fear.”

The scammers then sent her a fake ID card on Line (a popular social media app) indicating that the person on the phone was a police colonel and the superintendent of Ranong City Police.

The scammers demanded she transfer 1 million baht to an account they provided so they could apparently check with the Thai anti-money laundering office if the money was actually laundered or not. The broadcaster, a former investment consultant, says other details of the money-laundering case were also explained in the discussions, to the extent even she believed it was real.

She transferred the money to the account they provided.

But records of the Line chat were then quickly deleted by the scammers and she quickly realised she had been scammed and lost the million baht she had transferred. (On Line, either party in the chat can delete the full contents of the chat history)

Pattima visited to Thong Lor police station and filed an official police complaint. This time to real police! Patima noted that there were 4 other people at the Thong Lor station making similar complaints from the same scammer.

WARNING: Be aware of increasingly sophisticated and elaborate scams, especially anything on the phone or online. DO NOT transfer money under any circumstances unless you can corroborate the conversations or IDs.

Guest1
Cute is equivalent to the first B, but the sec. B:

riclag
Cant tell you how many times I told the IRS and FBI ,over the phone ,to kiss off ! Im still here and so is my money!

Bangkok gets the Sht Holiday treatment (their spelling, not ours)