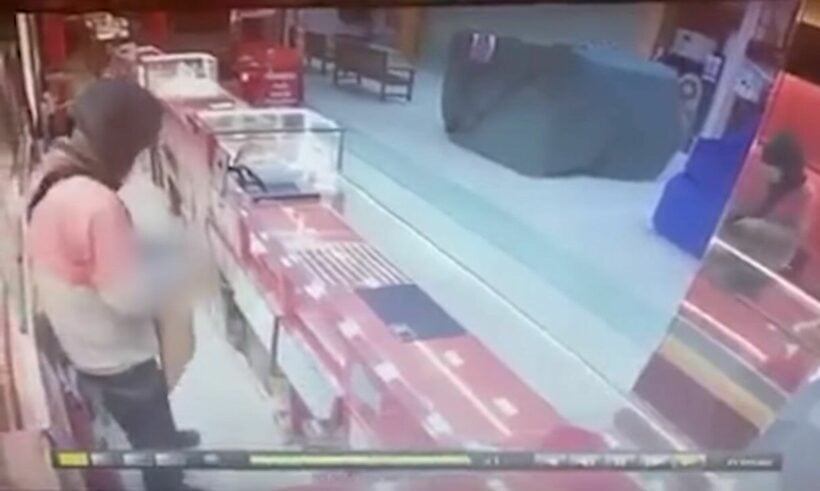 A retired police officer allegedly robbed a gold shop at a shopping centre in northern province Lamphun, taking off necklaces valued at more than 2 million baht. Officers say the suspect is the station’s former deputy inspector.

CCTV footage from the Yaowarat gold shop in Lamphun shows a man wearing a food delivery uniform and helmet using a gun to threaten the gold shop staff. He then put gold necklaces into a bag before fleeing on a white Honda PCX motorbike. Police released the footage and asked residents to contact the police if they recognised the man in the video.

Police say arrested the 61 year old former officer as he was on a bus fleeing the area. Officers say they need to search his home and seize the gold. The suspect will be questioned, but police believe he needed money to pay a debt. Reports say the man’s description matched suspects in other robbery cases. Police are still investigating to determine if more charges should be filed.

palooka
One of the boys down on his luck, have a whip around and put him on a bus somewhere else. Would be the case if he were still a cop, just a transfer with a difference.

DoUKnowWhoIAm
24 minutes ago, Thaiger said: A retired police officer Typo? Must be retarded.