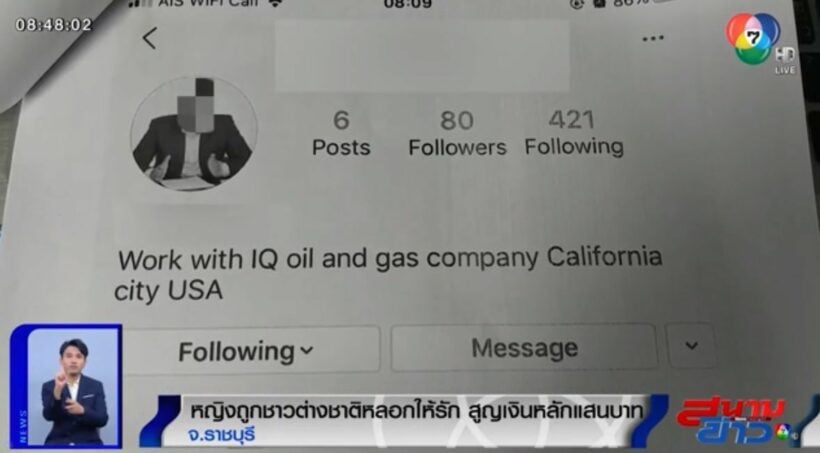 A 33 year old woman in Ratchaburi (west of Bangkok) has filed a complaint to the local authorities that she was tricked by an ‘American man’ to make her fall in love and inducing her to transfer almost 200,000 baht of her money. After she thought everything was going as planned, the man, including the money. vanished.

The female victim told police that about 3-4 months ago an American man approached her to be friends on Instagram He claimed to be an engineer working on a ship. After they started to talk for a while, making her feel confident and hoping he would marry her and live together (happily ever after). 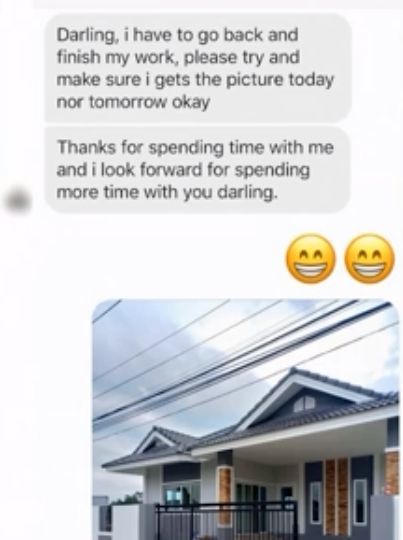 Although they never met in person, the man said that he was going to retire and his company would send a package with 400,000 US$, along with some jewellry. He then asked her to receive the parcel and keep it safe for him. 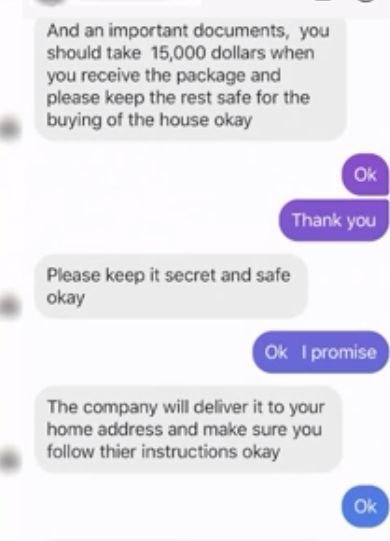 Not long after that, a woman called to inform that a package had been sent from abroad. But she was told by the person on the phone that the x-ray machine found valuables in the box. So, she must be taxed 36,000 baht and transfer this amount into the account of the ‘recievers’.

The victim then transferred first amount.

Later, the same woman contacted her again and informed that she must now pay an additional amount of 150,000 baht to cover documentation, registration, stamp duty, before the package can be released.

She transferred the rest of the money as requested – a total of 140,000 baht, most of her savings. After the money was transferred, no parcel was sent to her. She then tried to contact the woman who was faint the so-called paperwork. You won’t be surprised that her calls went unanswered.

She then discovered that her ‘man’ had changed his name on Instagram using the same profile. She then realised that she had been deceived.

The victim reported the matter to the police at Pak Tho Police Station in Ratchaburi Province. Police reveal that they are currently coordinating with the bank where the victim transferred money in order to request further information, and are inspecting the shipping company to see if they actually exist or not (place your bets on that one).

A similar scam has been used thousands of times. But hey, love, even Instagram love, is blind.

Phetchabun man lucky to be alive after bomb discovery