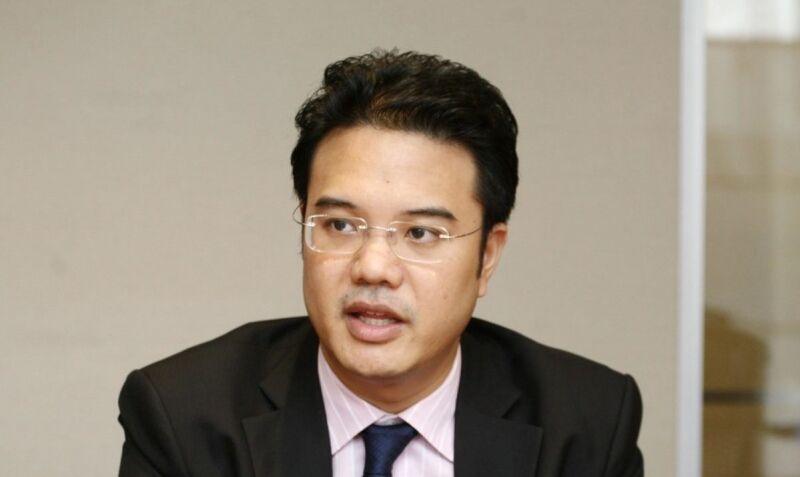 Former Democrat Party deputy leader Prinn Panitchpakdi handed himself over to police at Phetchaburi Police Station today at around 9am to “acknowledge” another complaint of sexual harassment filed against him.

At 9am today, 45 year old Prinn handed himself over to Phetchaburi Police Station to be questioned by superintendent Pol. Col. Wanchai Khaoram. Prinn turned himself in to “acknowledge” the complaint made against him by a former staff member of the Democratic Party at the station on April 16. The 45 year old woman filed a complaint at the station accusing Prinn of sexually harassing her on November 8 2020 at a resort in Muang District.

The rather late acknowledgement of the complaint comes after Prinn was informed that investigating officers at Phetchaburi Police Station were preparing to request an arrest warrant from the court because he hadn’t acknowledged the most recent complaints filed against him. He didn’t come out to speak to the press.

Now, more than 20 women have come forward and accused the politician of sexual abuse and rape.

Yesterday, Deputy Commissioner of the Royal Thai Police Pol. Maj. Gen. Trairong Phre ordered investigating officers to expedite Prinn’s sexual abuse case after visiting the accused’s former workplace. Providing there is enough evidence against him, the investigating officers said a warrant for his arrest would be issued in the next few days, no later than April 27 or 28.

Prinn was previously arrested and questioned over the allegations at Lumpini Police Station and the Bangkok Southern Criminal Court released him on bail for 700,000 baht. He was released on the condition that he would not leave the country without the court’s permission.

An 18 year old accused Prinn of sexually harassing her on April 11 this year at a bar in Watthana District of Bangkok.

30 year old Hathairat Thanakitamnuary accused Prinn of raping her at a condo in Soi Sukhumvit 3 in Bangkok in early 2021.

Another 18 year old filed a complaint on April 15 accusing Prinn of sexually harassing her at a seminar this February.

A 25 year old woman lodged a complaint on April 16 accusing Prinn of sexually harassing her at a hotel in Chiang Mai last year.

Democrat Party deputy leader Kanok Wongtrangsan decided to resign over Prinn’s sexual abuse scandal after members of the public revealed they are disappointed with the party and how they have handled the situation.

Last Friday, another former deputy leader Vittaya Kaeparadai quit the Democrat Party over the controversy. He demanded that the executive committee demonstrate more accountability by resigning.

Party leader Jurin Laksanawisit said he will not be resigning over the scandal, saying that he will not dodge the issue and that it is his responsibility to tackle the problem.

The case, Thailand’s biggest #MeToo case to date, is ongoing.