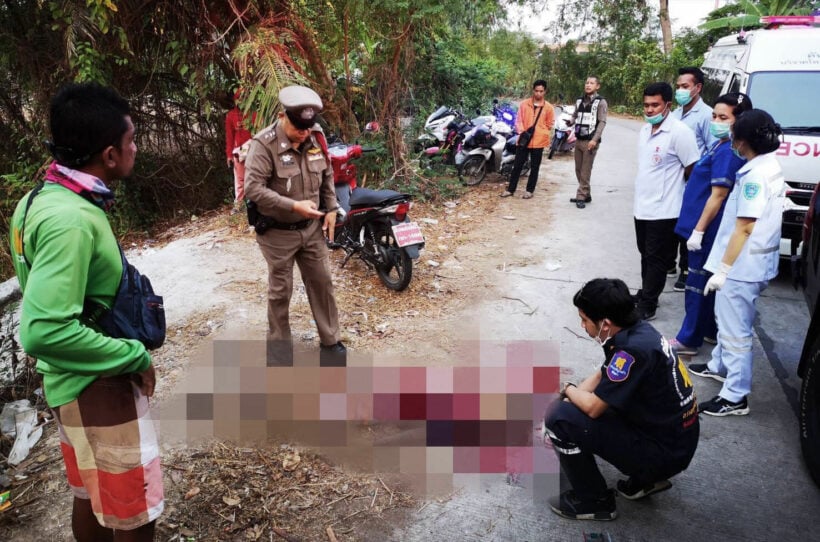 PHOTO: Officers examine the scene of the tragedy - The Pattaya News

A man in Pattaya has died after being shot. The 32 year old Thai man was found with a gunshot wound to the head. Police were notified of the incident yesterday at about 6:30am and are investigating to determine whether it was suicide or homicide.

Police and emergency responders arrived at the scene on a rural road to find 32 year old Somphon Pokklum with a single bullet wound to his head. Nearby, police found a handmade pistol. The man was still alive but critically injured. Despite efforts at the scene, and being rushed to hospital, Somphon was pronounced dead when he arrived at hospital.

There were no witnesses at the scene, but a friend of Somphon told local media that his birthday had been the day before and had been out celebrating and. Friends say he was in ‘high spirits’ at the time.

Man in custody after allegedly throwing grenade into Bangkok apartment