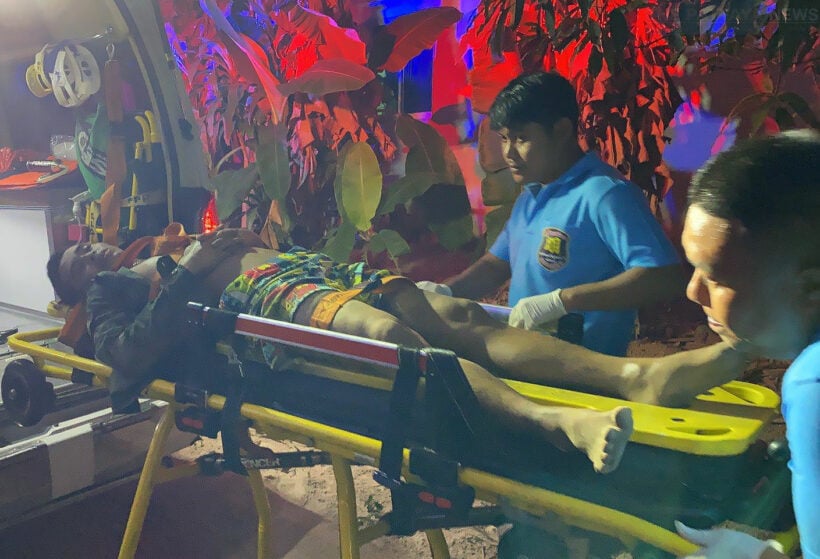 PHOTO: Anucha Jansrithong being placed into an ambulance in Pattaya on Saturday. - The Pattaya News

A man remains in a coma in Pattaya after sustaining serious injuries from a gunshot during an argument with his ex-girlfriend’s father on Saturday night. Police and emergency responders arrived at the scene in Banglamung district to find 29 year old Anucha Jansrithong with a gunshot wound.

20 year old Phonthip Ployboot told police that Anucha is her ex-boyfriend and alleged he had threatened her and her father with a knife many times in the past.

This time, she claims, he brought a gun to her home and pointed it at her head.  Her father ran to help to help and they started fighting before the gun was fired during the struggle. The 29 year old has been unconscious and in a coma since the shooting.

Police are continuing their investigation and intend to take further legal action.