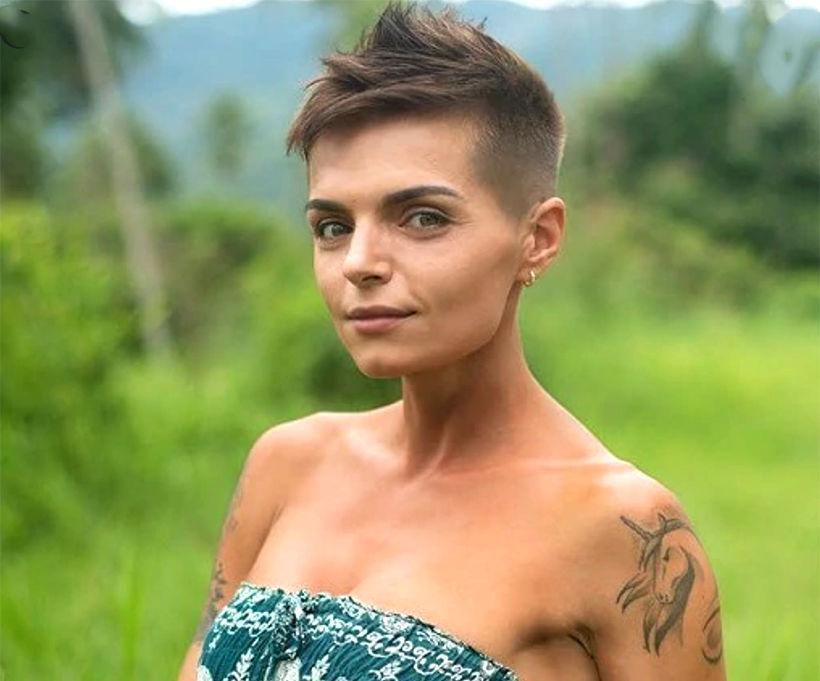 Police in the southern Surat Thani province now say the death of a Ukrainian woman on Koh Samui was either from natural causes or suicide, and have specifically ruled out homicide. Officers found 32 year old Olga Frolova’s phone in her knapsack and suggest that she died while resting in the forest from exhaustion and heat, or at her own hand by suicide. Security footage showed that she walked to the location where body was found after returning a rented motorbike on May 25.

Authorities on Koh Samui have explicitly ruled out murder as the cause of death. The woman’s decomposed body was retrieved from a trench in a forested area on June 7. Police say they’re satisfied that both Frolova’s estranged husband and her new partner, a UK man, had nothing to do with her death.

The chief of police for Surat Thani says the case is closed. He told reporters police now believe Frolova may have taken her own life following a visit to a motorbike rental company on May 25. She appeared to have difficulties paying the bill for the rental, an encounter which was captured on CCTV footage.

The body was first discovered by 47 year old hotel worker Uthen Ruangnon while he was picking mushrooms on June 5. A “foul odour” drew him to the area. He later brought neighbours with him to the scene on June 7, when the alarm was raised.

An investigation of Frolova’s phone and social media usage showed that the Ukrainian often researched suicide and methods of carrying it out. Police also unearthed a long history of treatment for bipolar disorder and two further mood disorders which may have contributed to the woman’s state of mind.

The chief said that the investigating team is still awaiting the final autopsy report, which should be available in a matter of weeks. This is required, in order to classify the cause of death as a health issue or suicide.