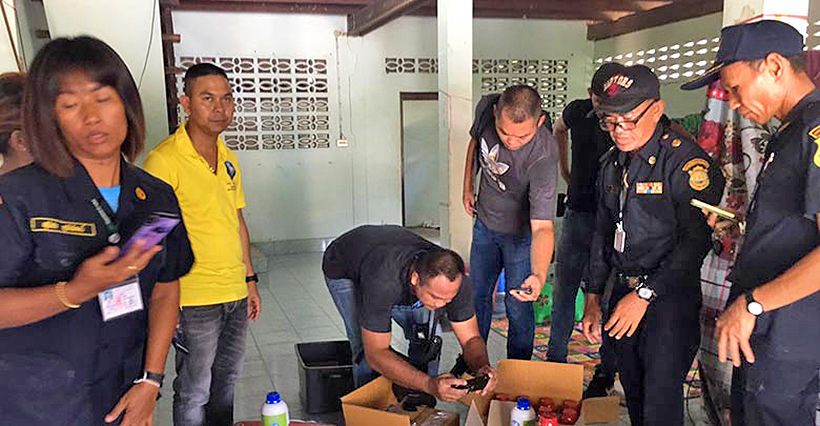 A gang selling fake fertiliser had been travelling around Kalasin in Thailand’s north-east selling their products to unsuspecting farmers. Kalasin Police arrested 5 suspects that were selling the unregistered fertilisers to farmers in the area.

All of the suspects are originally from Roi Et Province, also in the north-east. They were delivering large bags of fertilisers to a local village and using a truck with speakers attached to the top of the car, just like smaller farmers drive around selling fruit or vegetables. But the fertiliser they were selling was both unregistered and very cheap.

The Police put together a sting and made a fake sale of 15 bags of the fake fertiliser. Inside the pickup were 132 bags of “Penguin Brand” fertiliser, 36 bags of organic fertiliser, 14 bottles of Nano Chitosan (made from crab shell waste), receipts and an accounting book to keep a note of sales (well organised scammers).

Villagers in the area complained to the police about the sellers driving around with the fake fertiliser. Many farmers had bought from the group and feared that the unknown ingredients would affect their crops.

Police found the gang had no distribution license, the fertiliser bags were all unmarked with no clear source of where they were made or the ingredients inside. All the remaining bags have been seized by the police and the fertilisers will also be examined by the Kalasin Department of Agriculture to determine the contents so they could inform the victims of the possible effects. 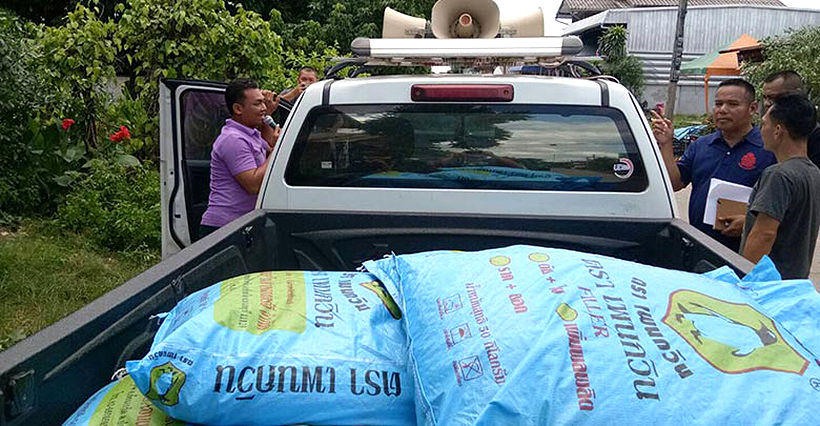