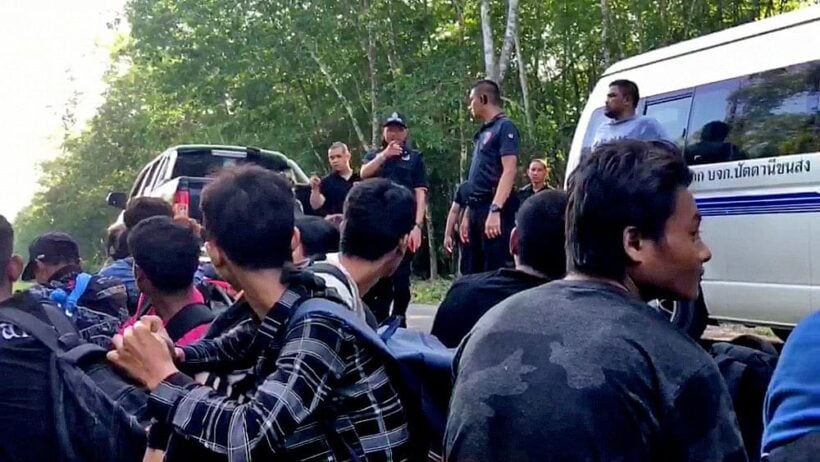 Eighteen Burmese illegal migrants have been found at a makeshift camp in forest near Songkhla’s Sadao district waiting waiting to be transported to Malaysia.

The 16 men and two women, kept in the woods for four days and told to live on young banana stalks and creek water, were found in a forest area two kilometres away from the main road.

Police later arrested a Burmese woman Nang Wae who was their ‘caretaker’ at a rented room in Khlong Ngae. The woman told police she didn’t send them food because the Malaysian ‘brokers’ had not transferred money to her. With no money, she had to leave her countrymen in the forest until a vehicle was sent to transport them to Malaysia.

A team of anti-human trafficking officials, police and soldiers found the migrants in the forest yesterday morning (Friday). 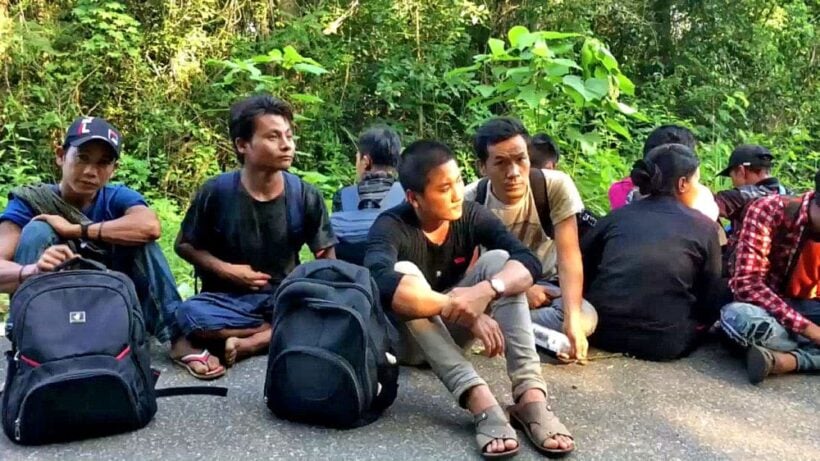