An alleged drug dealer was killed and 2 police officers wounded in a police raid in Isaan’s Nong Khai province yesterday afternoon. Nong Khai police say 3 of their officers were engaged in the shooting incident with the suspect, 25 year old Parinya Yeunnan, in Meechai subdistrict. According to a police spokesman:

“Officials tracked down the suspect, a Nong Khai local, who was believed to be a residing at the house,” said the police. As officers approached to search him, Parinya charged at them with a knife, prompting an officer to shoot at his right leg. The suspect still did not stop and lunged forward with the knife to slash 2 officers on the forehead and face. Police then shot the suspect multiple times.”

Forensic examiners found 4 gunshot wounds on Parinya’s body and 1 in the right leg. At the scene they also reportedly found a bag containing 83 methamphetamine tablets. Parinya’s body was sent to Khon Kaen Hospital for autopsy, while the injured officers are also being treated.

Prakob Yeunnan, the suspect’s father, said Parinya was convicted of a drug offence in 2018 but was released early and worked as a truck driver in Bangkok before he got involved with drugs again.

video of the aftermath of the incident can be seen here. 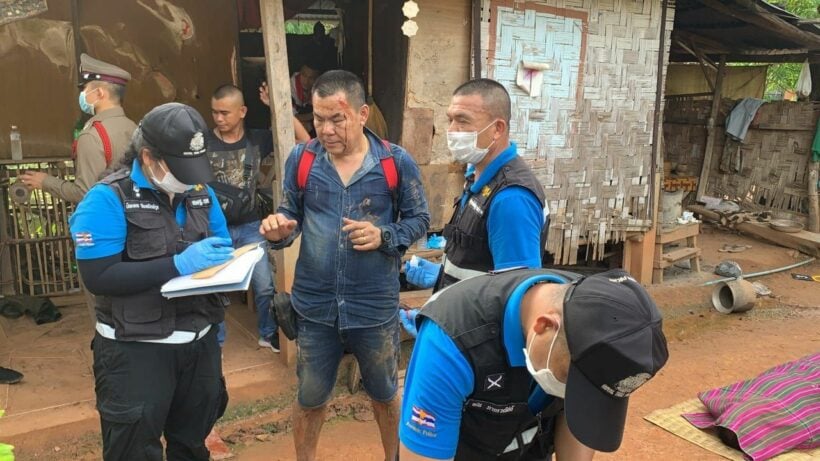 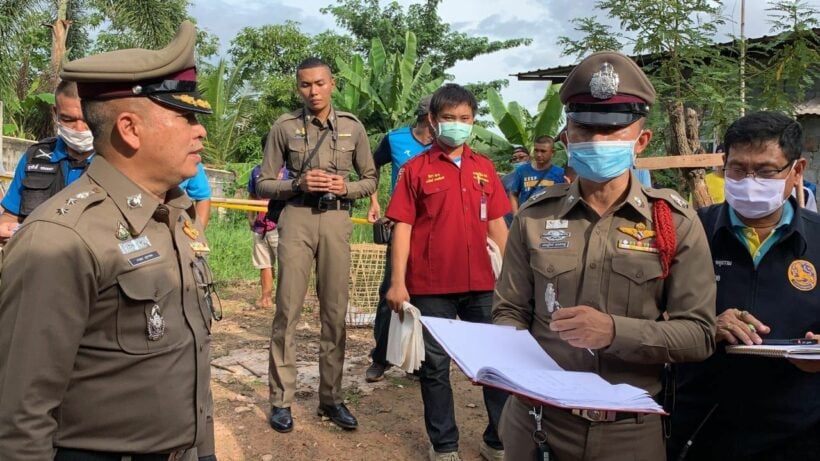 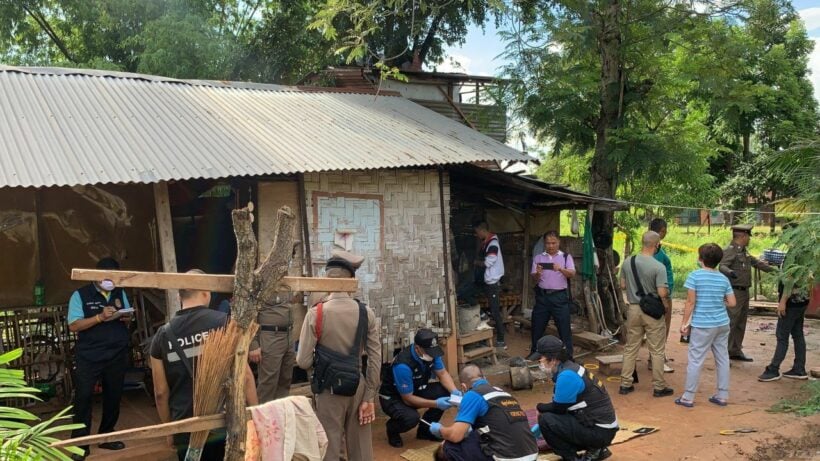