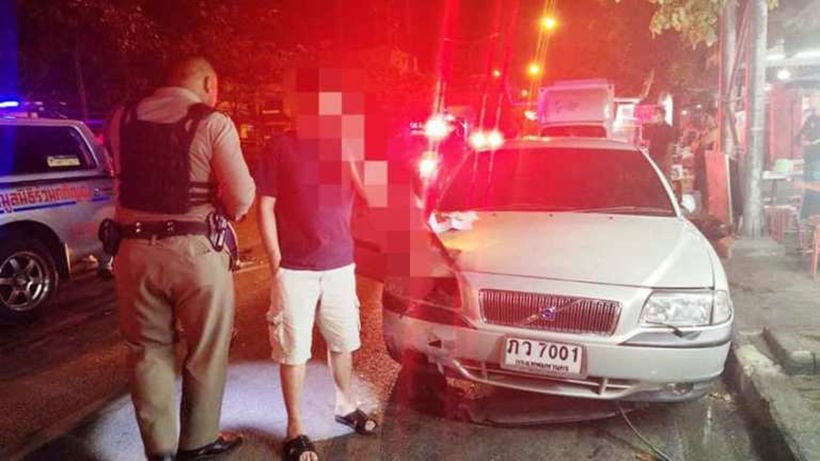 A university professor has been arrested for drink driving in Samut Prakan, just south of Bangkok, after he crashed into a police motorcycle. Two police officers and an elderly woman were injured in the incident. Police and a rescue team were called to the scene and discovered a police motorbike lying on the road and 2 injured officers.

The injured woman was a 70 year old roadside foodstall owner. She says was working as usual when the car drove into her. Police say the car drove directly into their police bike from behind. The motorbike was thrown 20 metres away, while the two officers fell to the ground.

Officers asked the professor to step out of his car but he appeared drunk and refused. When he eventually came out officers took photos of the scene and checked security footage before removing his car to the station.

Police invited him to the station but the professor insisted on waiting for his sister. Officers asked him to take a breathalyzer test, but he refused and tried to drive away using his sister’s car. An officer tried to stop him as he was still drunk, sparking a heated argument with the sister. 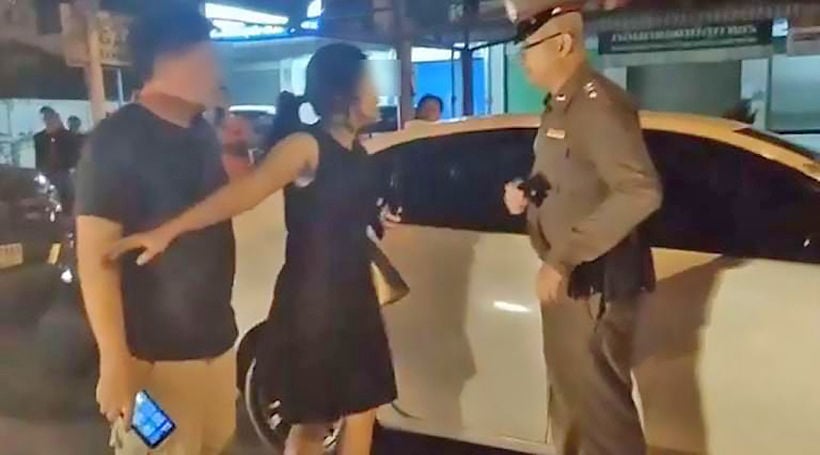 Police reported the professor’s alcohol level was roughly three times the legal limit. He was charged with drink driving causing injury to 3 persons and other damages.

The professor’s sister filed a report alleging that officers abused her during her brother’s arrest.