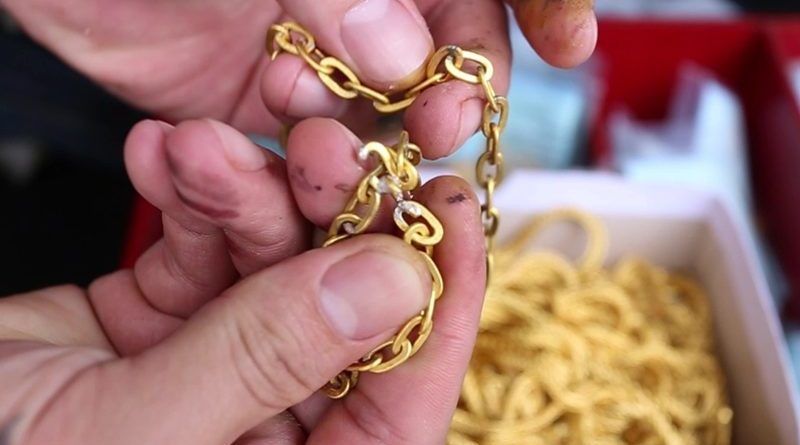 All that glitters is not necessarily gold. Owners of a Chon Buri gold shop learned the hard way, explaining to police that they’ve been tricked by a group of scammers pawning fake gold. Krit and Anadda Tianmai, owners of the Thong Tian Nid Gold Shop, say they lost more than 9 million baht.

People, many who claimed they were construction workers needing the cash to pay workers on site, pawned chains that were about the same size and weight. When gold is pawned rather than sold, it is not cut into to determine if it is real. But due to the suspicious activity,  Anadda decided to cut into a chain and discovered the chains are actually silver coated in gold with real gold clasps.

Authorities are now in contact with many of the local gold traders to warn them of the situation and see if they can get some further leads that could lead to an arrest.

The gold shop owners have filed a report and turned security footage into police.