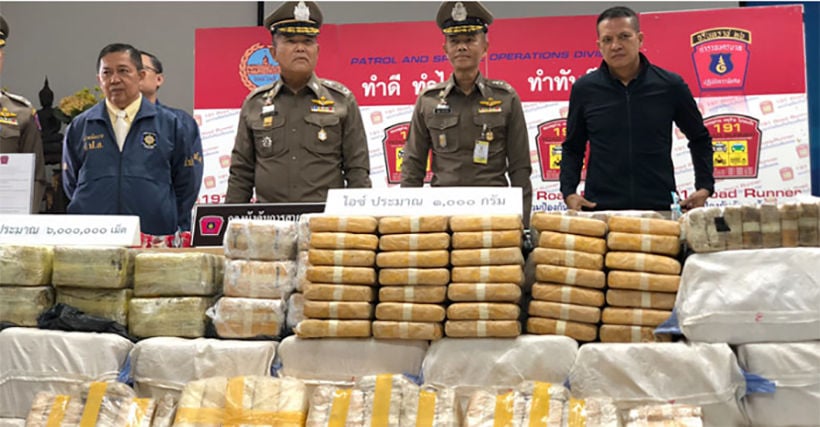 Authorities in northern Thailand have have arrested 6 members of a drug network with monthly sales of around 40 million baht, and seized property worth 5.7 million baht. The chief of Provincial Police Region 1 told reporters the 6 worked for the drug network operated by Boonmee “Jae” Phromma, who was caught last year.

4 of the 6 were women, named as: Myanmar national Wilaporn Tuagwitthayakul, Myanmar national Nang Pyan, Mong Sae Lee, and Jiraporn Pathaweechutima. The 2 men  men were identified as Chalermphol Tuangwitthayakul and Wichai Jabu. They are charged with colluding in money laundering. 3 cars, 2 motorcycles, a house in Mae Sai district of Chiang Rai, 4 bank accounts, 5 ATM cards and other valuables, with a combined value of about 5.7 million baht were seized from them.

Investigators learned that Boonmee had a female accomplice, Sawittree Iemsa-ard, who set up bank accounts to receive money from drug customers. She was later arrested along with Chatchana Taengthong, who bought drugs from Boonmee, according to police. They learned that Boonmee’s drug network ran a grocery business in Myanmar and soil trucking businesses as fronts for his drug trade.

Acting on evidence, they got arrest warrants for the 6 latest suspects and raided 5 locations, in Mae Sai in Chiang Rai and Chiang Dao district in Chiang Mai, and took them into custody.

The regional police chief said the network had about 40 million baht in circulation each month. 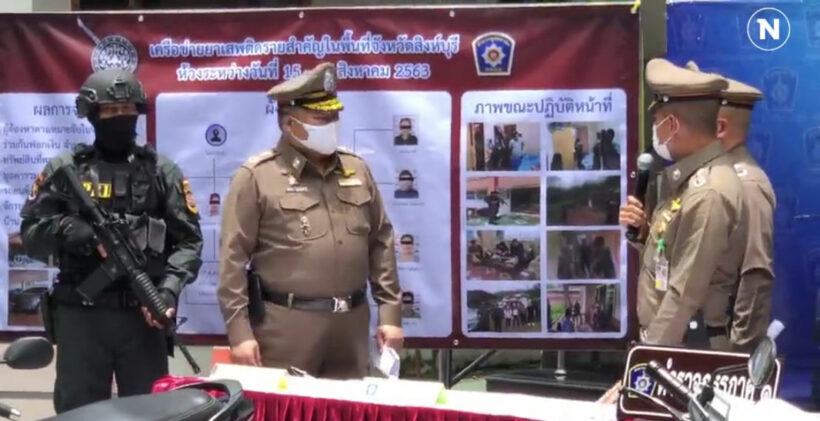