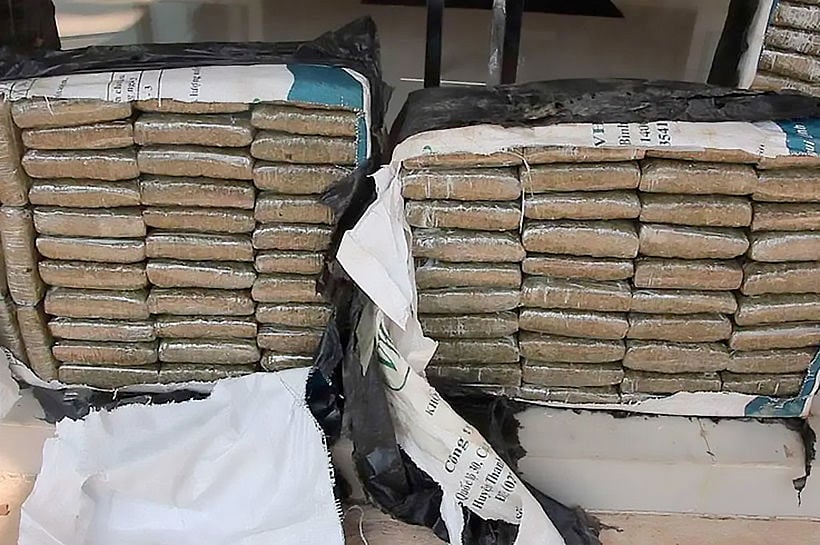 More than a tonne of marijuana has been been recovered in Thailand’s Bung Kan province, in the far north east on the Laos border. The stash was discovered in fertiliser sacks by a security patrol boat along the Mekong river.

Authorities say a longtail boat with 4 to 5 men on board was spotted pulling up to the river bank, where the men began unloading sacks. When the patrol boat approached and demanded they stop for a search, the men fled, leaving 25 sacks behind. The sacks contained a total of 1,000 bricks of dried, compressed marijuana, weighing about a kilogram each.

More than 3 tonnes of dried marijuana was seized in Nakhon Phanom, a few hundred kilometres downstream, back in February.

Thailand is set to become the main competitor in the Asian medical marijuana and hemp markets, even though the full commercialisation of the sector and liberal access for private businesses isn’t likely before 2024, according to a new report.

Thailand’s medical cannabis market has been characterised as “high potential, having fast regulatory developments and a considerable degree of protectionism,” according to the analysis by Vienna-based Cannabis Catalysts.

Thailand’s volatile Public Health Minister Anutin Charnvirakul is a leading proponent of the legalisation of marijuana for medical and even recreational use.