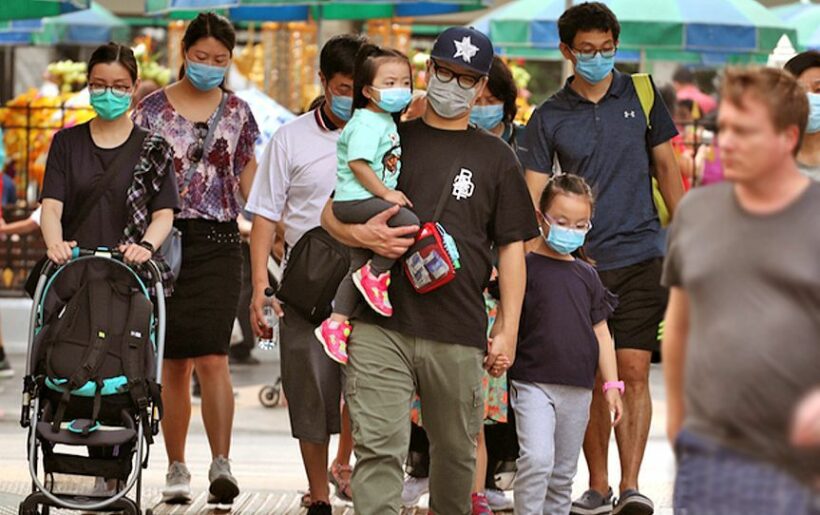 PHOTO: The tourist sector is taking a hit, and the share market is following suit - Anant Chantarasoot/The Nation

The Stock Exchange of Thailand’s key index fell last month almost 100 points, after earlier reaching its highest point of 1,604.28 and then falling 96.92 points, or 6%.

Industrial stocks have fallen nearly 10% due to a slide in petrochemical stocks, followed by commercial bank stocks which fell 8.7%. Technology and construction stocks lost 4% during January. But some stocks are defying market sentiment and have risen against the trend – agriculture by over 6%, finance and securities by 3%+, food and beverages by 2%t, and property funds by just over 1%.

Some analysts are speculating that February’s stocks will continue to fluctuate because many uncertainties still exist- not the least the Coronavirus.

The Monetary Policy Committee of the Bank of Thailand in also expected to cut the key policy rate to help debtors pay instalments on time, on February 5. There’s also a major bidding event for the country’s 5G broadband network on February 16, so the market will be watching if there will be new competitors and how intense the competition will be.

Meanwhile, Asia Plus Securities predicts that earnings per share growth of listed companies have many negative factors, which may lead to the reduction of net profit forecasts, such as the slowdown of commercial banks, petrochemical, hotel and aviation businesses and the TFRS 16 accounting standard for leases which will affect financial statements and financial structure, according to The Nation.

On a broader front, the increasing numbers of new coronavirus cases is expected to take a wide-reaching impact on the Thai economy, not just tourism, but also manufacturing, exports, retail and agricultural sectors also feeling the pinch.

Anusorn Tamajai, director of the Economic and Business Research Centre at Rangsit University, is warning that the impact of the coronavirus outbreak is expected to be significant as countries close borders, impose travel restrictions and businesses shut down factories in an attempt to contain the spread of China’s new coronavirus.

“The impact will go beyond the tourism industry to manufacturing, exports and the agricultural sectors. It is likely to alter the global geopolitical setting.”

Thailand currently exports agricultural products valued around 900 billion baht to China annually. The impact of the virus outbreak is expected to reduce these exports by at least 2%.

“The anticipated export slowdown is expected to depress the prices of some farm products in the next few months, he noted. As multinational firms close their plants and offices in China, the impact would be felt by supply chains worldwide in the fields of high-tech, electronics, auto and parts.”

Meanwhile, the World Health Organisation is warning that hasty travel bans will disrupt the global economy. The WHO warns that a travel bans may not be effective in combating the coronavirus from spreading and people may “go underground” from the fears travel bans and border closures encourage. It suggests that countries step up screening people to find infected people rather than imposing entry bans.

Keep in contact with The Thaiger by following our Facebook page.
News Categories:Coronavirus
Related Topics:investorsSETSharesspeculationstock marketThailandtourism
Up Next 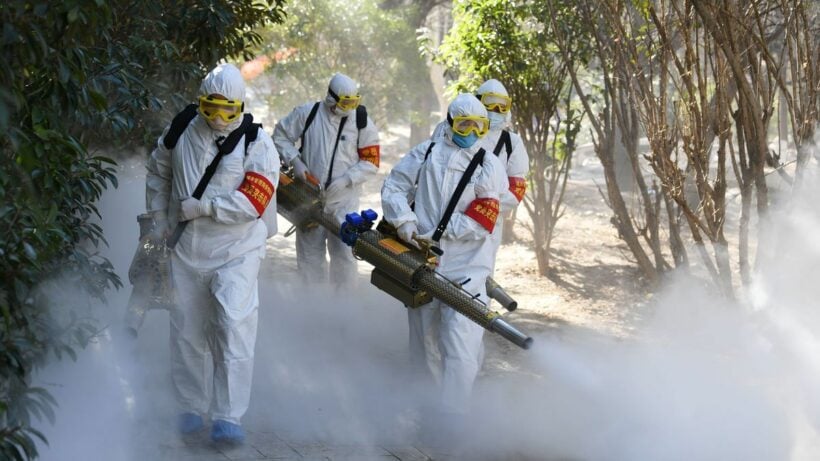 The novel coronavirus (Covid-19) has now killed at least 2,858 people worldwide as the focus of the outbreak now moves away from China and to outbreaks in central South Korea, northern Italy and other parts of Europe.

83,379 people are now infected but, notably (and increasingly), 36,562 people have fully recovered. At least 15 European countries now have confirmed cases of coronavirus, some of which have been traced back to Italy.

The South Korean Centres for Disease Control did not report any new deaths, meaning that the national death toll remains at 13. 2,022 people are now confirmed as infected in South Korea. Among the 256 new cases, 182 are from Daegu, the epicentre of the outbreak in central South Korea – many involved in or connected with a church congregation. A total of 1,314 cases since the beginning of the outbreak have come from Daegu, according to the KCDC.

South Korea has the most confirmed coronavirus cases outside of mainland China.

In Thailand, the Office of Private Education Commission ordered the closure of an international school in Don Mueang district, north of Bangkok’s city area, as a precautionary measure after learning that more than 500 students and teachers had returned from a country hit by the Covid-19 virus.

“A school break is coming, but I’m concerned about international schools that have different break intervals and organise overseas field trips on a regular basis. They are being urged to postpone their trips especially to Covid-19-hit countries.”

He said his office was monitoring the situation at the Phraharuthai Donmuang School in Don Mueang district after an 8 year old pupil tested positive for coronavirus this week. Tests on pupils and teachers who had close contact with the boy have so far been negative.

Meanwhile, a privately-run school in Rayong, a province east of Bangkok, will also close today for “cleaning” as a precautionary measure to allay concerns after it was rumoured that a pupil who returned from a trip to Japan had fallen ill.

The acting director of Anuban Taksin Rayong International School, says the child has tested negative for the virus but is staying at home for self-quarantine. Despite this, the school’s management has decided to suspend classes today for “disinfection”.

South Korea and Israel have asked the Thai government to suspend the travel of workers until the situation returns to normal. Cases in Thailand remain at 40 with 22 fully recovered.

In other coronavirus snippets…

Fears of the spread of coronavirus has forced Saudia Arabia to temporarily suspended entry for Muslims seeking to perform the “umrah” or “haj” – the annual pilgrimage to Mecca.

Prasarn Sricharoen, a representative from Thailand’s Office of the Chularatchamontri, says the office is checking with the Saudi Arabian Thai embassy for more details about the temporary suspension of visas for visits to Mecca, Islam’s holiest site. He says the office is checking if those who already have visas can travel and that it is waiting for a reply from Saudi Arabia’s Foreign Ministry. It is not known if the suspension will affect the annual haj pilgrimage due to start in late July. Moreover,

Meanwhile, the vice president of the Medical Council of Thailand, says people who have travelled to overseas destinations with a high rate of coronavirus infection “must be socially responsible and be truthful to medical personnel to prevent its further spread in Thailand”.

Professor Dr Prasit Wattanapha, made the appeal at a conference in Bangkok yesterday.

“One of the main contributing factors in the outbreak is the lack of knowledge about healthcare and the prevention of communicable diseases among people who are at risk of exposure to the virus. If you travel to areas with a high infection rate such as China, Hong Kong, Macao, Japan, Singapore, South Korea, Iran or Italy, you must quarantine yourself at home for 14 days upon returning and avoid crowds.”

“Anyone with a fever, cough or troubled breathing should seek medical treatment immediately and tell the staff if they have travelled abroad recently. It is simply socially responsible to disclose all relevant information, since failure to do so might jeopardise your own safety and that of your family and the public.”

“During the 14 day home quarantine, it’s also advisable to avoid shared rooms like the bedroom and bathroom and stay isolated as much as possible, preferably in properly ventilated room.”

“Stay alert to changes in body temperature (it should be no higher than 37.5 degrees Celsius when checked orally and 37C at the armpit), and any abnormalities in breathing. Symptoms that appear abruptly such as coughing, a runny nose, a sore throat or increased respiration rate are signals that you should immediately contact the nearest hospital or call the Department of Disease Control Hotline at 1422”.

World Health Organisation head, Dr Tedros Ghebreyesus, says the coronavirus outbreak has reached a “decisive point” and has “pandemic potential”. He noted, when speaking yesterday, that for a second day, more cases have been reported outside than inside China.

“Iran and Italy have become major centres of infection, with people travelling from there spreading the virus further afield.

“It’s what’s happening in the rest of the world that’s now our greatest concern.” 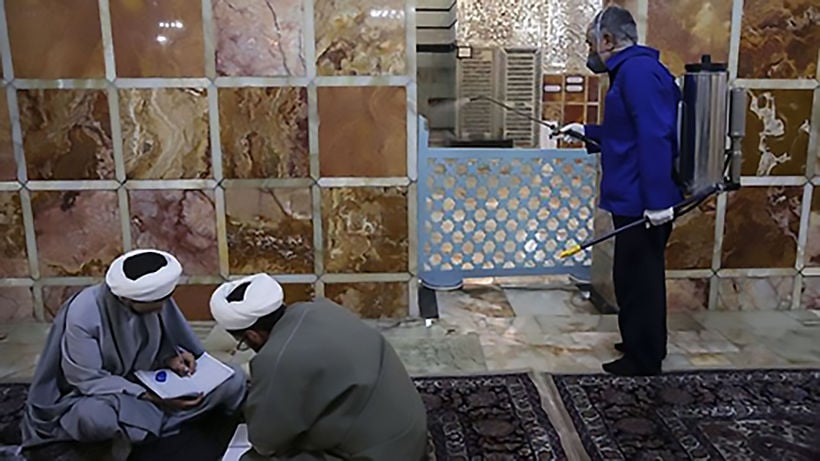 For the first time ever, more COVID-19 coronavirus cases were reported in countries other than China yesterday, according to the World Health Organization (WHO). The US is urging travellers to delay or cancel travel to South Korea after that country’s confirmed cases passed the 1500 mark. New cases were found around the world, from Pakistan to Brazil.

The Iranian government said yesterday that 19 people have died there so far and 139 people have been infected, but the true numbers are expected to be much higher. A WHO team will travel to Iran this weekend to evaluate the situation. In a move sure to cause shudders in the Arab world, Saudi Arabia has put a halt on religious travel to its holiest sites, Mecca and Medina.

Authorities in the US say they’ve identified their first coronavirus case with no ties to a known outbreak. The news comes after President Donald Trump assured Americans that they face little risk from the outbreak, and appointed Vice President Mike Pence to lead the country’s response to the virus. 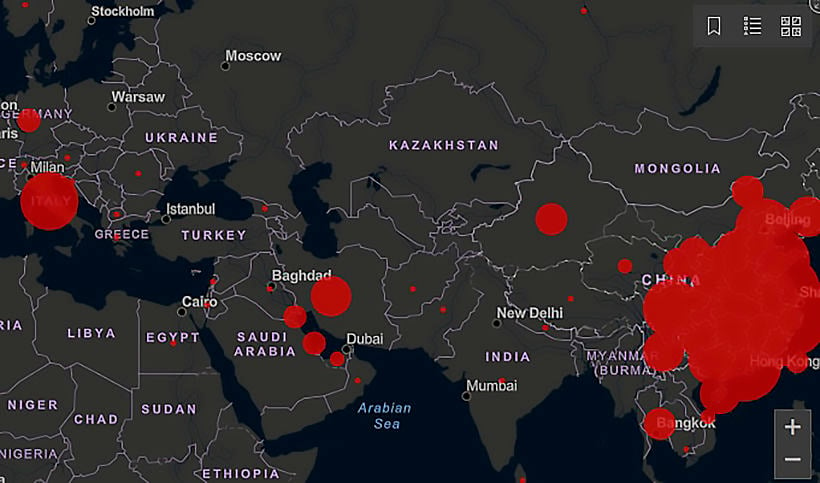 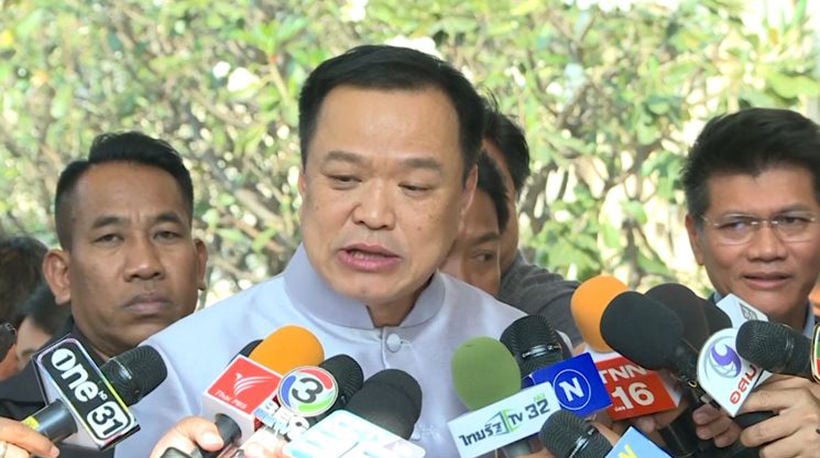