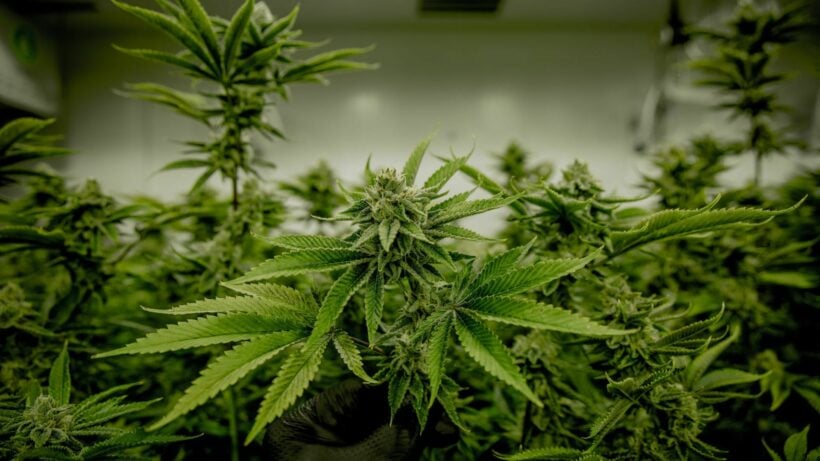 Thai nationals heading to Japan should avoid taking cannabis, hemp, and cannabis-related products into the country because they could face being arrested under Japanese laws, according to the Thai embassy in Japan.

“The Thai embassy in Tokyo would like to warn Thai people not to bring in cannabis, hemp, or products containing these plants into Japan. Violators could face punishment under the Japanese law.”

Possession of cannabis and hemp for import or export purposes in Japan is penalised by a maximum 7 year prison sentence.

Having cannabis for sale, or trafficking cannabis products can lead to 10 years behind bars. Those responsible will also have to pay a fine of up to ¥3 million… around 786,000 Thai Baht.

The cannabis plant has been taken off Thailand’s Category 5 narcotics list in a June 9 announcement that’s seen a surge of cannabis use and shops opening up openly flouting earlier laws, despite no specific restrictions or laws being presented to the Thai parliament at this time. Thailand is the first time country in south east Asia to decriminalise the herbal drug.

To restrict access to marijuana and hemp, people have to be at least 20 years of age as the Thai government, and departments, start to clarify the recent announcement.

But a stint in jail is still better than the potential fate facing anyone taking cannabis products into Indonesia.

Last week, the Royal Thai Embassy in Jakarta, Indonesia, cautioned Thai people against taking cannabis and hemp into Indonesia as they could face the death penalty under existing laws.

Cannabis in Singapore is currently illegal for recreational purposes, but medicinal purposes have been allowed under “extraordinary circumstances” in recent years. Possession or consumption can result in a maximum of 10 years in prison, with a possible fine of S$20,000, as well as caning, under the Misuse of Drugs Act.

Cannabis in Malaysia is legal for medical purposes. Recreational use of cannabis under Malaysian legislation provides for a mandatory death penalty for convicted drug traffickers. Individuals arrested in possession of 200 grams (seven ounces) of marijuana are presumed by law to be trafficking in drugs.

In line with many south-east Asian countries, possession, distribution, and production of marijuana is officially illegal in Vietnam, with harsh penalties on the books for contravention of the law. Medical marijuana is also not legal.

BigHewer
Arrivals on flights from Thailand will get some extra scrutiny now. I’ve passed through customs in Japan 50+ times, and there’s no such thing as a “random” check. Foreign folk and young people tend to be singled out. The country…