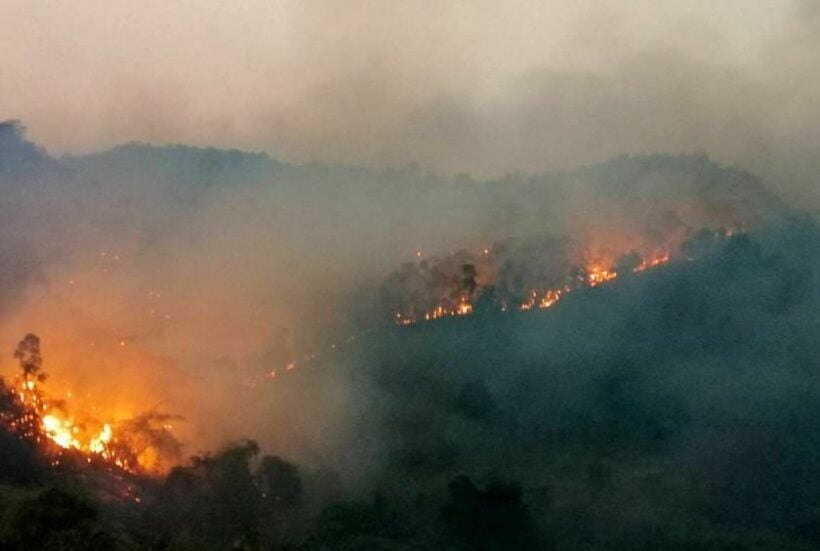 Air quality in the north of Thailand is actually ‘hazardous’ today, as bushfires in Chiang Mai’s Doi Suthep-Pui National Park have caused air quality to become nearly 20 times higher than Thailand’s already lax “safe” limit of ’50’. PM2.5, (dust particulate matter with diameter of 2.5 microns or lower), rose to 925 micrograms per cubic metre in some locations yesterday. It has dropped this morning but still remains ‘hazardous’ in many locations around the region.

Due to the Covid-19 coronavirus outbreak, all national parks, wildlife sanctuaries and other protected areas in Thailand are closed until further notice. Some tourist destinations such as the Similan Islands and Surin Islands are within national parks and are also closed.

The bushfires in the parks and crop burning, in plantations and farms in the region and in neighbouring countries, has pushed air pollution readings in Chiang Mai and other provinces in the region up to nearly 1,000 micrograms for short periods, specifically near the areas of the fires.

Not helping the situation is a week of temperatures around 40C every day (with more on the way), and no rain (the temperatures are from stations in the city area, not in the mountains surrounding the main town). The fire at the national park near Chiang Mai also poses dangers to residents as it has raged near communities in and many landmarks, such as temples.

Hundreds of officials and soldiers have been called in to fight blazes over the past week. Helicopters have dropped water to control one fire that’s been raging since Wednesday evening around the Doi Suthep area, north west of Chiang Mai city, in the Doi Suthep Pui National Park.

“They’ve spent more than 14 hours a day trying to being the blaze under control.”

Local officials say the massive fire has now been “brought under control,” but the air pollution persists with more smog from plantation fires burning in the area and to the north in neighbouring Myanmar.

PM Prayut Chan-o-cha has expressed concern over massive damage caused by the fire, primarily for the health of the elderly and children. He’s asked them to avoid going outside because of the smoke and poor air quality.

The government says it’s working with Myanmar officials to address the issue. 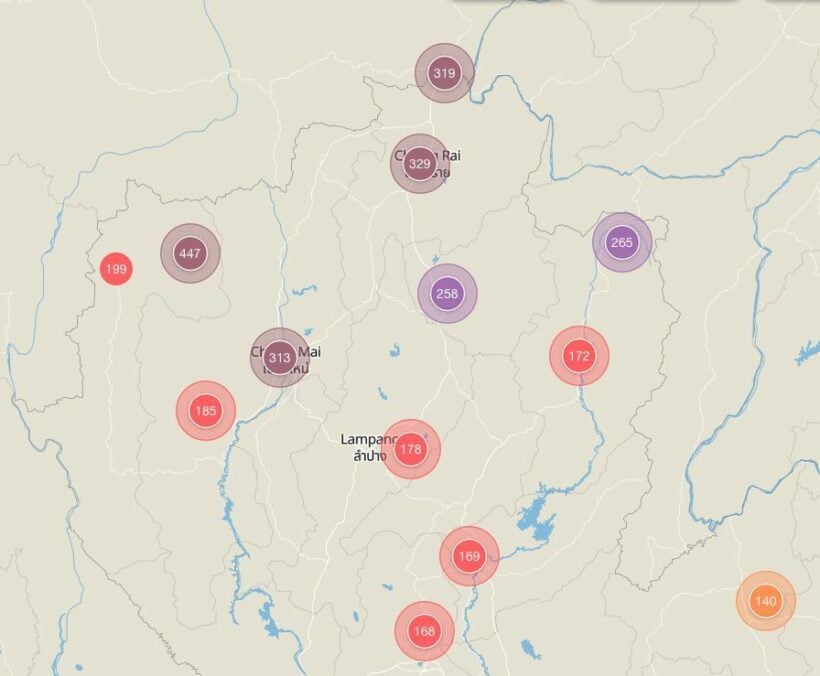